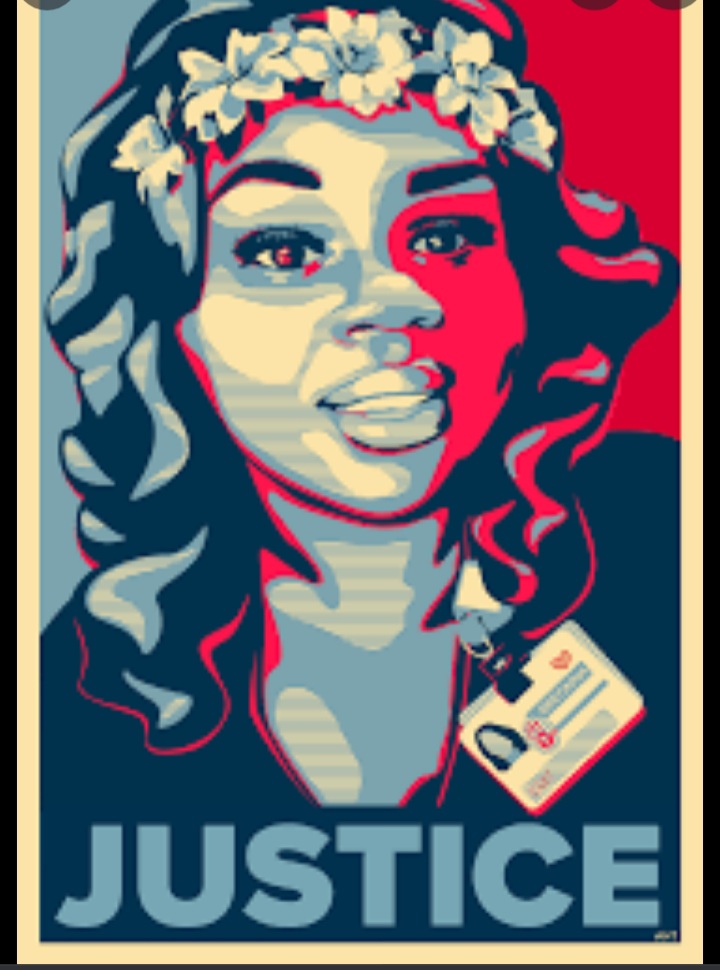 I laughed out loud watching Kentucky’s Attorney General Daniel Cameron on TV as he announced the Grand Jury’s decision in NOT indicting the three Louisville police officers that had entered Breonna Taylor’s apartment, and shot her to death firing six bullets into her body.

I laughed because the whole thing seemed comical to me. You know the whole charade of “justice” and “search of facts” and “not emotions” masquerade that the Commonwealth of Kentucky’s highest law enforcement officer belched out on the national media. A ‘Top-Cop’ who happens to be black, and was ‘by chance’ selected to speak at the recent RNC Convention. He skillfully overlaid the dirty underbelly of the American Justice System. In doing so, he affirmed the two different and distinct methods of applying the laws, one way for the law enforcement, and the other for black, brown, minorities and similar unfortunates.

The Kentucky A.G., also quite masterfully, went on to actually praise the law enforcement while at the same time lectured the protestors and the so called “outsiders” on civics.

For Breonna Taylor’s family, his message was crystal clear, ‘nothing to see here folks, the shooting of your daughter was justified!

I laughed, and shook my head.

The whole sham of it makes me laugh, as I am wiser over the years. I have seen the reality of pain, sorrow, and disappointment. Knowing and experiencing so much hardship and rigors through the gnawing grind of the American Justice System, it has all become easy for me. I am an expert at such hypocrisies and adept at tragedies.

Because, in the end, that is what comedy is all about: Tragedy over time!

During his long press conference, A.G. Daniel Cameron kept on insisting that he was driven by facts and that he kept emotions out of it. Yet, his colloquy reminded me of something that Maya Angelou once said, that “There’s a world of difference between truth and facts. Facts can obscure truth.”

Truth of the matter is that ‘facts’ can be manipulated, and it is often the case when police officers are involved in any sort of wrongdoing. Because, when it comes to the law enforcement, all bets are off, and they are given every possible avenue and benefit that the law can possibly require, or aspire. For others, well, they are referred to as “others” for a reason!

I still remember vividly, after receiving my Grand Jury transcripts, I sat on my bunk in the cell on the infamous “D-Block”, D5W, of the Hudson County Correctional Facility, thinking is this a joke. The prosecutor had presented “select” items to my Grand Jury while eliminating anything that could remotely be considered mitigating. I was dumbfounded. Because a whole lot of it was pure fabrication and lies by officers of law who apparently took oaths before the jury members and then went on to falsely testify.

I protested to my attorney, requested, and begged her to challenge the indictment. In response she told me that “we will fight at trial” and that the “Grand Jury stuff is useless”, it doesn’t matter because “they can indict a ham sandwich if they wanted to.”

True indeed! A.G. Cameron could also have indicted the three officers involved in Breonna’s death; But Top-Cops don’t go after their own ‘hams’.

The Grand Jury process in the United States is a mockery and travesty of justice. You see in these “closed doors” and “secret” proceedings, the prosecutor can present anything that he sees fit. They are literally allowed to cherry-pick evidence and narrative of their own choosing.

Daniel Cameron’s discarding the testimony of Breonna’s immediate neighbour’s testimony, and the corroborating statements of other witnesses, and his reliance on the account of a single “White” witness’s account, which he provided after two previous contradicting statements, speaks volumes about Cameron’s intentions.

I can go on and on about this present episode of injustice, but I shall digress. My only message to Mr. Daniel Cameron and men of his ilk is simple, you can put all the lipstick on a pig, at the end it will remain what it is, a pig!

I often find people confused about the subject of Criminal Justice and Policing Reforms. I believe the problem is that our society as a whole has sort of subcontracted our conscience and objectivity when it comes to minorities. You see, it seems that our conscience and objectivity only comes alive when a police officer is involved in an incident such as Breonna’s death. All care is poured into his defense and then the public is reassured that all is well and that the “system” is working. My question to the ‘confused’ is very simple, if the system only works for the select few with badges and fails the millions who are behind bars, then what sort of a problem do you see afoot?

Kentucky’s A.G., Daniel Cameron, ended his press conference with the plain words, “God Bless”. I was stunned by his humbug righteousness. This man who stood before the national media being pejorative, and maligning people who are simply trying to raise issues of Social Justice, couldn’t see through his own sanctimonious bull-crap. And couldn’t bring himself to just say her name: BREONNA!