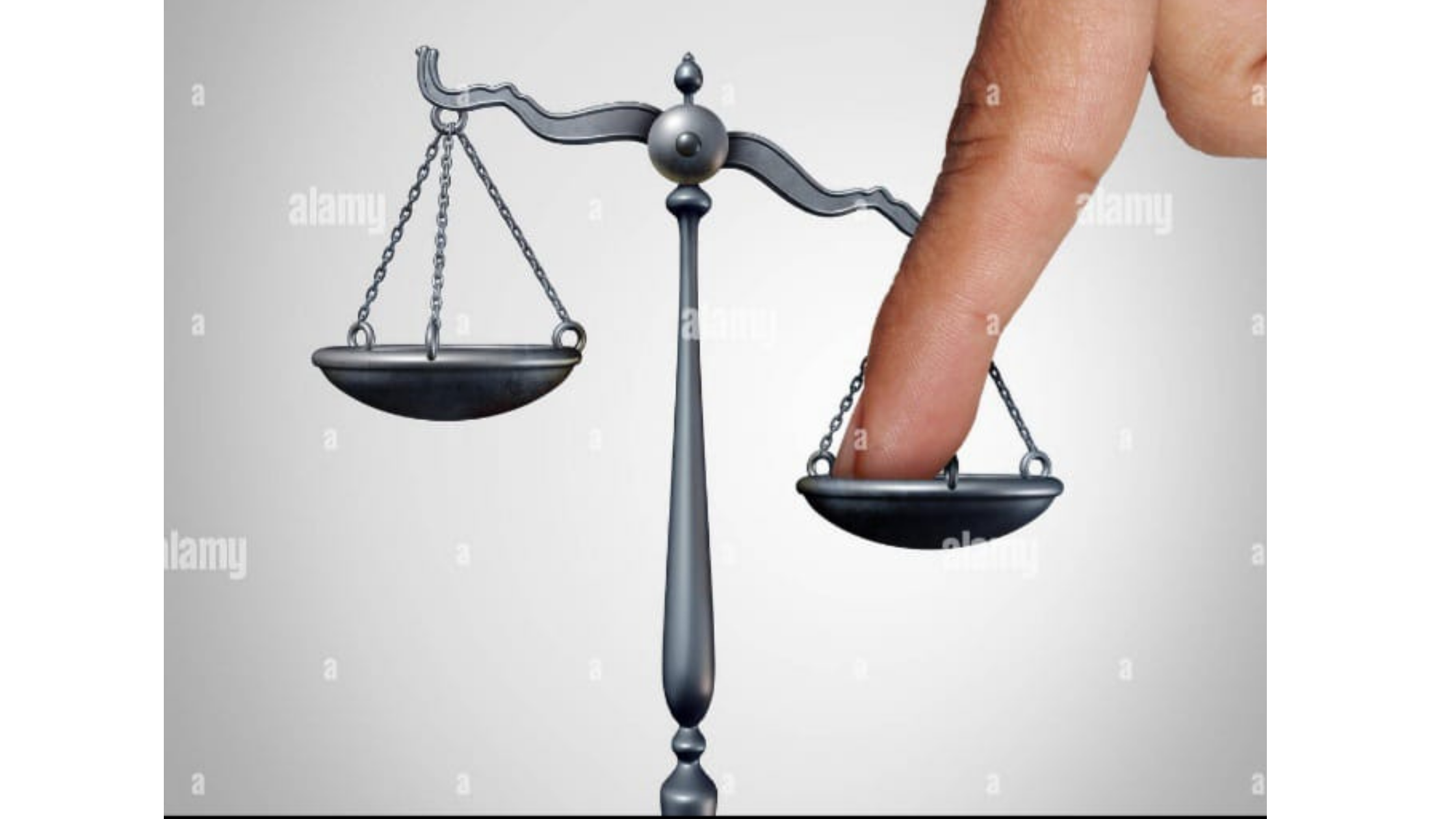 Here in New Jersey State Prison, no one even seemed to take notice or care about Chauvin’ sentence.

In reality, no one expects justice in such situations.

“In these United States of America, there’s a world of difference between the lives of White people, especially White police officers, and the rest of us.”

When I spoke to an older prisoner about the matter, he shrugged his shoulders. “I’m doing life for a robbery,” he said with a wry smile. Every corner of this prison is filled with people who are locked up for life sentences for crimes that are far less shocking than the one we saw live on national TV.

Many in here, including myself, are left to die in prison for convictions that were based on circumstantial evidence without any forensic or tangible proof of guilt. Yet, Derek Chauvin’s blatant murder — recorded and live broadcasted — was judged on facts and law rather than on emotions, public sentiment, or media coverage.

I think about one of my favorite quotes from Maya Angelou: “There’s a world of difference between truth and facts. Facts can obscure the truth.”

The truth is this: Derek Chauvin is a White man, and a police officer. He killed a Black man. And in these United States of America, there’s a world of difference between the lives of White people, especially White police officers, and the rest of us.

As I was standing around waiting for lunch to be called, I asked Eldon, who is serving life without parole, what he thought of the case. At first, he didn’t know what I was talking about. So, I told him the facts of the case to jog his memory. His response: “Why the fuck do I care how much time he gets?”

Throughout the afternoon I asked several other offenders, Black and White, for their predictions. Almost everyone I spoke to was in agreement: Chauvin was going to get a lot of time. Some even said things like “He’s done,” or “They’re going to fry the pig like bacon so people will stop protesting and tearing up shit.”

When recreation was called later in the day, most prisoners went outside, but I stayed inside to watch the news coverage. On HLN, the CNN spinoff, legal analyst Joey Jackson criticized Chauvin’s mother’s insistence of her son’s innocence. On CNN, Van Jones echoed the exact same rhetoric.

I, however, saw something completely different in his mother’s testimony. She was only doing what comes natural to any mother or father: protecting her children and herself, no matter the cost.

After the judge announced Chauvin’s sentence, there were barely any comments from anyone other than, “Who last on the phone?”

One prisoner I spoke with, who wished to remain anonymous, said he thought the sentencing was one big show by the powers-that-be to restore the people’s confidence in the judicial system.

Later that night I spoke with Z, a Black guy from Zimbabwe doing life without parole. He said a lot of Black guys he knew wanted to see Chauvin get the maximum sentence, but that he didn’t agree. “Can’t agree with a system giving someone a max sentence when that same system will give the max to a friend or family member,” he said. “I don’t understand how people can ask a broken system to give them justice.”

While I was with Z, a correctional officer (a young Black woman) and a probation and parole officer (an older White woman) were walking through the wing. I talked to the correctional officer first, asking her if she thought the Chauvin sentence was just. She responded by asking me whether I thought it was just. Instead of answering her question, I challenged her about not wanting to give an opinion. She continued to be evasive, so I turned to the parole officer. She said she felt the sentence wasn’t just, and that if Chauvin was Black he would have received the maximum sentence. She further stated that it angered her to see disproportionate sentences between White and Black offenders, something she said she witnessed all the time as a parole officer.

The question remaining is what will happen at Chauvin’s co-defendants’ trial and what, if any, sentence will they receive. Justice would require each of them to receive the same sentence.

Time will tell. Justice isn’t color blind. Nor are we.

History was made with Chauvin’s sentence. Never before, in the state of Minnesota, has a police officer received such a long sentence.

But is Chauvin’s sentence too long, or not long enough?

Here at Washington State Reformatory, this is what they had to say.

“I think it was way too heavy! The police force is responsible for training their officers to put their knees on suspects’ knocks,” Scott Lavelle, my 28-year-old neighbor who has been in prison for six years, told me. He has ten more years to go.

On the other hand, Josh Elkins, who has been locked up for just over a year and is being released next month, said, “He should have got longer. He’s a cop that was trained for those situations. Me or you would have gotten life.”

A friend of mine, Danny Pelyukhno, who got here a year ago and has two years left, said he thought the sentence was fair. “He’s not above the law, he’s a human being.”

By far, of everyone I spoke to regarding Chauvins sentencing, the most intense response I got was from John Booth, a friend of mine who has been down for eleven years and is expected to serve multiple life sentences.

“It’s absolutely way too much! He got convicted of second degree murder, right? He’s got no criminal history,” he said.

But what struck me was something else entirely.

Just before Derek Chauvin was found guilty it seemed as if the entire prison was holding its breath. When the verdict was announced, a collective shout rippled through the incarcerated community.

June 25 was different. There was no collective shout or sigh at all. History was being made and it almost seemed that it no longer mattered. The case was old news. Yesterday’s forgotten headlines.

Are our memories so short? Have we already forgotten George Floyd?

I truly hope not, and not just for the sake of Mr. Floyd’s friends and family. I hope we remember what happened that fateful day just over a year ago for the sake of the soul of our very country.

A VIEW FROM A FORMER LAW ENFORCEMENT OFFICER

West Palm Beach, Florida native Gervasio Torres, 51, worked in law enforcement before he was arrested in 2003 and sentenced in 2005 to life in prison.

He believes that once a LEO (law enforcement officer), always a LEO, but he found it difficult to support Chauvin. “No officer is taught to restrain for that long.”

He added that watching Chauvin’s sentencing took him back to his own sentencing. “Seeing this gave me a different perspective,” he said. Torres felt Chauvin should not have received aggravating factors because he was law enforcement but said the sentence was just.

“When things get hot, the officer has to learn self control like everyone else. They are still human.”

Torres also provided Chauvin with some tips when he enters the penitentiary: ”One, you will face difficulties because of who you are. Two, humble yourself and become familiar with your surroundings. Three, do everything you can to survive. It would entail remembering you are no longer LE (law enforcement). When you speak, they won’t listen. Four, the sooner you face that fact the easier it will be to adjust. Five, use your time wisely through self betterment programs. And finally, renew your faith in God.”

Torres believes de-escalation training needs revamping. ”As it stands, there are no good de-escalation tactics in dealing with people who are mentally ill or incompetent,” he said, adding that an officer’s training is based on the force continuum, which permitted the LEO to engage one step above the perpetrator’s level of violence. It relies on increasing levels of violence to control violence.

He hopes this verdict and sentence will help the process of change. When things get hot, the officer has to learn self control like everyone else. They are still human.