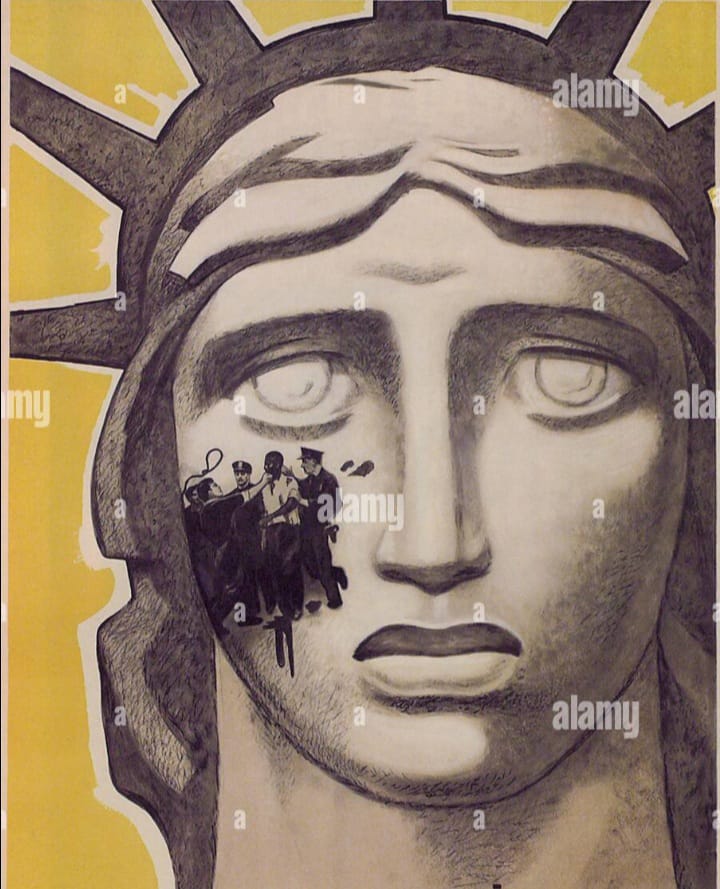 The motto of the State of New Jersey is “Liberty and Prosperity”. It is an axiom that sounds hollow in light of its overwhelming incarceration rates of minorities. In comparison to its neighboring states if New York and Pennsylvania, where real efforts have begun in earnest, starting with retraining of law enforcement and in providing sentence relief, New Jersey’s smug reality is quite shameful.

In 1787, New Jersey was the third state of the Union’s original thirteen states to ratify the Construction, and the first to approve the Bill of Rights. That was without a doubt a great historic achievement.

Yet, despite the state’s original commitment to equality, the New Jersey Criminal Sentencing and Disposition Commission’s (NJCSDC) 2019 report revealed that the state’s incarceration rates for Black people was 12 times that for Whites, the highest disparity of any state in the nation. Hispanics and other minorities were also incarcerated at the rate double that of Whites.

Acknowledging that Black citizens made up 14% of the population but accounted for 61% of the state’s prisoners, the report recognized the “long and complicated history” of racial bias. “Racial disparity in New Jersey’s Prison population continues to dwarf national and regional disparities,” it said, adding that a “fair justice system cannot tolerate such disparity.”

The racial disparity is obvious and plain to see in New Jersey prisons. In 2005, upon my own arrival in New Jersey State Prison (NJSP) the racial mix was evident from the very first “Mess-Hall” movement. I literally counted 17 white prisoners in a hall that held over 300 and even today, on my housing unit, there are only 4 white prisoners out of 72.

In this post-George Floyd era when other states are taking a look at their own policing practices, judicial systems, and prison reforms. New Jersey is playing only nominal lip-service to its systematically racist judicial system. An example of that is the utter inaction following the recent NJCSDC’s 2019 report. Because this report is one of many in the recent decade, that are collectively accruing dust on the New Jersey Legislatures’ desks.

In truth, there are many ways the state can begin meaningful reforms, starting with its sentencing practices, which also demonstrate a deep inequality between Whites and people of color. For example, there is my own case where I, a first time offender, was given a 150 years sentence on a case that rested almost entirely on circumstantial evidence”, and without a scintilla of forensic evidence linking me to the crime. No DNA test was performed. As a matter of fact, my case investigators didn’t even bother to “dust” for fingerprints, a practice that is a common law enforcement affair since the 1920s.

Yet, in comparison, one of my former cellmates, M. O’Brien, a white prisoner, received 30 years for shooting a taxicab driver in the head, where he openly admitted, “I just wanted to see his head explode!”

The interesting thing is that O’Brien and I shared the same Hudson County judge, Paul M. DePasquale. The only difference was, at the end of my trial, the judge threw the quintessential “book” at me, and for O’Brien, well, the good judge actually invited his parents into his chambers and subsequently gave him the minimum most time allowed by law.

According to NJCSDC’s Report, 74% of those incarcerated are serving brutally long mandatory sentences, of which they are required to at least complete 85% before being eligible for parole. The report also acknowledged that. “Although the 85% is intended to prolong the duration of confinement, empirical data suggests that it does not bear a proven relationship to the offense, recidivism rates, or public safety.”

Thus, the focus should be squarely on rehabilitation and sentence relief, above anything else. Because without such mitigation, the entire exercise of incarceration is useless. And if there is any logic afoot, then humanity deserves a second chance m I can say from personal experience, there are a lot of us in NJSP who are willing to learn, improve, and work towards rehabilitation. With proper guidance, and education, we can be the positive change, and perhaps a living breathing example of redemption.

The change needed in New Jersey has to be systematic, as the long overlooked problems are of a similar nature. To fix a problem, the grassroots issues need to be addressed. Therefore, the state should also take concrete steps to address the racial inequality in its policing as the inequity starts with the biased policing system.

In New Jersey’s biggest cities, communities are racially diverse, but they are regularly policed by personnel who tend to be White and who have no roots in the area. In Atlantic City, for example, Whites make up just 16% of the population but they comprise 70% of the police force and 76% of its higher ranked officers, according to a 2016 analysis by the Wall Street Journal. This racial gap leads to situations of everyday heavy-handed police brutality examples where unfamiliarity itself becomes an aggravating factor.

Also, worth paying attention to is the diversity of our courtrooms. Unfortunately, as of right now, there is an over reliance on appointing former prosecutors to the bench in this state who happen to be predominantly white. This can perhaps be mitigated by expanding the judges’ pool from public defenders offices, civil rights attorneys, and those from private sector backgrounds.

This past June, the state’s House of Representatives took a good step by passing a bill that would require law enforcement agencies to establish minority recruitment programs and make demographic reports public. Citizens of New Jersey now need to make that the governor signs this bill and departments responsible commit to its mandate.

The public will also have to demand that the state officials actually act upon their promises to reform, and enact all of the prior NJCSDC’s recommendations, to effectuate the required changes in the state’s judicial system.

We should encourage New Jersey to live up to and be guided by its noble motto, “Liberty and Prosperity.” Otherwise, New Jersey will simply remain as a black eye, infamous for its legendary corruption and waste of public funds, rather than its aspiration of being another bastion of modernity and civility likely its other two neighbors.