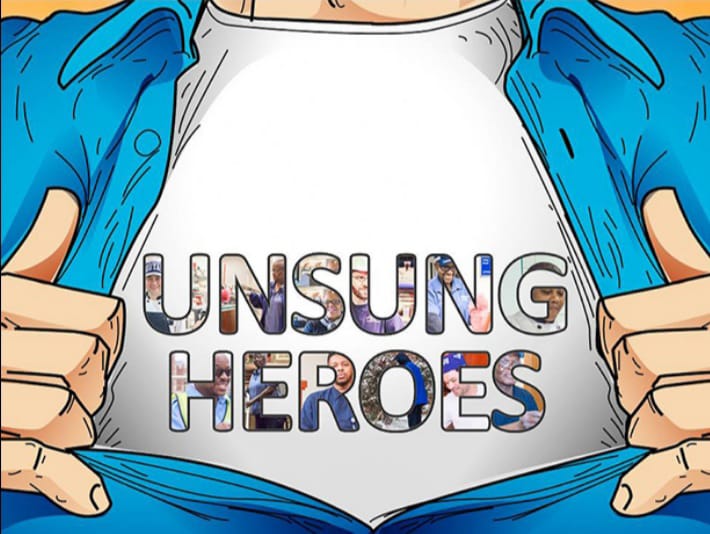 As a Muslim, I found that throughout our Holy Book, the Qur’an, GOD instructs His believers to be good and dutiful to one’s parents. The cornerstone of Islam is the singular belief to worship one GOD who has no equals in any respect. And that fundamental principle is followed by being subservient to one’s parents, highlighting the importance of parents. Looking back as a 40 year old man, I realize that Islam’s mandate of respecting parents gave a whole meaning for a then young teenage Muslim convert. Because before converting to Islam, growing up as a typical American teenager with hormones, pop culture, haughty thoughts and yes, of course, drugs and alcohol greatly crafted my view that my parents, specifically my father, wasn’t for me but against me.

In my limited view of that age I used to question why he wanted me home by 11 o’clock on a weekend night. Why would he want me to keep a job an live a sober life. Why would he want me to walk around with my pants pulled up. He was the antagonist to my protagonist, or that was my distorted outlook anyways. He was difficult and he and I bumped heads to say the least.

My father to this day is a difficult man in many ways, but I’ve learned to appreciate his reasons. Born in the middle of 1940’s to a singles mother of nine, his prospects for a future were bleak. Southern Illinois didn’t have any meaningful opportunity of employment beyond coal mines. Poverty was rampant, and children don’t sleep too easily when they’re visited by pangs of hunger. As such, his mother needed him to quit school after the 8th grade to get a job and help bring in more money. Beyond that, the culture of Southern Illinois wasn’t that much different than the Mississippi Delta. There were, and still are to a degree, like the “Sundown Towns” in which African Americans weren’t safe after the sun had set. And such a racist-poverty stricken culture jades a man’s mentality, and it infected my father as well. And growing up in that particular environment my only reaction as a teenager was to rebel entirely and seek comfort in other places from his absurdities. An now, years later, regardless of his irrationalities, my evolution as a man, a Muslim, and a son, has left me trying to be dutiful from behind prison walls.

Part of the dutifulness includes simple things like spending the money he sent me from prison to make sure that someone performs routine maintenance on his home, a chore that he is unable to do himself. Or, urging and pleading with him so that he goes to the Oncologist with questions to better understand his particular type of cancer and treatment options since he can’t articulate such inquiries properly. Beyond those efforts, through dialogue, I try to show my father the beauty of life and humanity despite someone’s race, creed or religion.

Evolution in my personal life has also coincided with recent reforms in juvenile criminal justice law. Instead of natural life sentence, I am now eligibility for release this year. I suppose juveniles are no longer looked at as miniature adults or “super predators.” Although my turn in front of a judge is approaching fast, and regardless of how giddy others like me are feeling, the fact is that my reality is an ominous one. I worry, and instead of having dreams of what I’m going to do upon release, I think about taking care of my father. I wonder whether I will be enough for him and wether he will even be alive once I’m out because his cancer is reoccurring and may have metastasized. Often haunted by these visions, I think and hope that these thoughts are evidence of what a good dutiful son suffers through. The reality is that his life stopped when his only son was arrested; so maybe it is only right that even when I am free my life stays on pause to attend to him and his needs. If this is a measure of what it means to be a dutiful son, then I readily accept the responsibility.

As much as it hurts to see my family dynamic change in the past twenty years of my incarceration, the biggest being the loss of my mother to cancer when she was only 50 years old, I’ve come to embody my father’s pains that rivals my mother’s death. He watched his wire of a lifetime wither away from cancer. He is now the last surviving person from his own family unit. With his body turning against itself from crippling arthritis, and his cancer refusing to be subdued, I find myself sleepless thinking of his anguish. And I guess I am finally learning to understand the sleepless nights, perhaps similar to that of his, when as a father his teenage son didn’t come home for days on end.

They say with age comes wisdom. As I write this I think that many fathers and sons have tumultuous relationships, maybe even worse than the one that I had. But I also believe that in moments of clarity, no matter how murky the situation may get, no matter how much cussing and fussing occurs, every son will admit he has an ‘unsung friend’ in his father because I know I do.