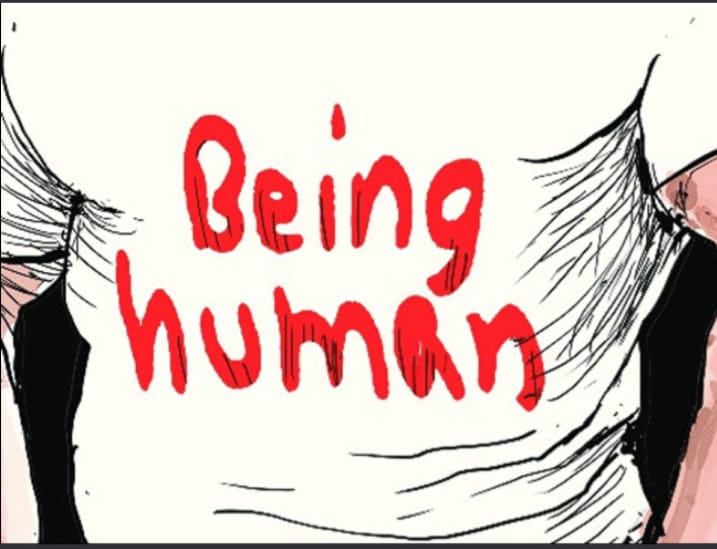 A man died in New Jersey State Prison a few months ago. Rumors were swirling about as soon the ominous “Code 66” was announced on the prison PA system.

Walking towards the old building of the West Compound, I clutched a stack of institutional memos in my right hand to deliver to the area’s supervisor’s desk. With my left hand I lazily tried to tuck in my brown shirt. The institutional rules require us prisoners to have our shirts tucked in at all times. A relatively new rule, of course.

So, as I approached the door that connects to the center rotunda of the West Compound, the officer on the other side motioned me to stop. I complied, and was told to clear the hallway. “You want me to return?” I asked. He shook his head hastily and told me to step aside as “they” were coming.

As a prisoner, the word “they” could mean a plethora of things. At times it means the Administrative Personnel are coming through. At other times it means that the Special Investigation Division (SID) folks are about to pass. And sometimes, a special escort is taking place where someone from the Closed Custody units is being taken to one place or another.

“What do you want me to do, stand to the side?” I asked again with a slight gesture of my shoulders as I held tight to the memos.

“Step into that room.” The office motioned me towards the adjacent Court-line room, where the institutional infractions are reviewed by the so-called review panel. I instinctively hesitated before entering the room, which serves as a mini-courtroom inside prison walls. When a prisoner is charged with a violation of institutional regulations, his case is heard in this room.

At such hearings, the person charged with an infraction is usually provided with a prison paralegal who acts as his attorney. The statistical probability of an actual acquittal in front of the prison’s kangaroo court is beyond laughable. And I think every prisoner in here shares some sort of apprehension in entering that door for obvious reasons.

I sighed, and walked towards the swinging iron-bar door that connects to an interior wooden door. I paused for a brief moment, and then entered the room with a prayer. As I turned to see the coming “they,” it dawned on me that it was probably that dead man.

The door leading from West Compound Center Rotunda opened and a rather serious and mean looking SID officer stepped out. They have a peculiar preppy way of dressing with the customary golden SID badge hung on their belts. It’s worn with pride, a shiny badge to let everyone inside know that “they” are indeed special.

He barely glanced in my direction. Special people like him tend to look at prisoners like me as though we are little more than the white smudge of spittle that accumulates on the side of the mouth. Two other SID personnel followed him. And then an outside EMT entered, pulling on a gurney on which lay the black bag containing the dead man’s body. The bag was large and from the contour of the corpse I could tell that the dead man was tall.

My heart sank. There were rumors spreading that the dead man was one of friends — one of my Albanian boys from Bronx. But I knew it couldn’t have been him. He was locked up in solitary confinement due to a recent violation and was in another part of the prison. I shook my head to chase the disturbing thought out. But the question still remained: who was the dead man?

The procession was followed by two sergeants and a young woman, who I assumed was from the prison administrator’s office. She was slender and tall with dark hair tied in a tight pony tail, very easy on the eyes. She and the two sergeants walked behind the gurney smiling and cheerfully talking as if the gurney contained balloons. Then one of the sergeants whispered something into the woman’s ear and they both laughed aloud.

A memory suddenly flashed before my eyes. I was perhaps ten years old, walking to the local bazaar with my father in the country of my birth, Pakistan. We lived in Lahore then and he was holding my hand as we walked. He was taking me to get a treat, something which I really wanted. For the life of me I can’t remember what it was, but I remember that I wanted it bad. As we walked past a street vendor selling mangoes, we encountered a small group of men. They looked like construction workers, known as mazdoors, from out of town.

Similar to the Mexican migrant workers who gather early in the morning here in America around local towns for work, the mazdoors would travel from the rural parts of Pakistan to seek out manual labor, such as construction and other back breaking hard work in the big cities.

I noticed that the mazdoors were gathered around a makeshift gurney containing a dead body, covered with a dark blanket. That dead man was also tall, and the blanket only covered a little past his knees. I could see his long legs and large tan feet. He had muscular calves and big ankles. He must have been a tall man indeed.

“What is going on?” my father asked with concern in his voice.

“He fell off the building, sahaab,” replied one of the mazdoors with tears in his eyes. “We don’t have enough money to transport his body back to the village and we only have enough to bury him. But, if we use that money, then we won’t be able to give anything to his widow. He has a young child as well.”

Without another word, my father reached in his pocket and handed the mazdoor some money. “Shroud and bathe him, properly,” my father said. “And bring his body to the mosque. Insha-Allah (God Willing), everything will be fine.”

The mazdoors thanked my father and graciously took the money and the body of their companion.

But instead of taking me to the market, my father turned towards the mosque. I complained and whined to no avail. I asked him why we had to go to the mosque since we already gave money to the dead man’s friends. In response, he told me about a tradition of our Prophet in which the community has a collective obligation to pray over the dead. That important obligation would be satisfied if even a few members of the community prayed over the burial. But if no one performed the rites, the whole community would be held accountable on the Day of Judgment.

After reaching the mosque my father spoke to the Imam and made arrangements for the dead man’s funeral and burial. The last prayer of the day was upon us and, after the prayer, people from our neighborhood donated a large amount of money for the dead man’s family in the village and prayed over his dead body. Following the prayer, in line with Islamic traditions in burying the dead as soon as possible, the entire crowd somberly accompanied the funeral towards the local graveyard.

Once again, my father yanked my hand and joined in with the crowd. I whined again, craving what I was craving, and asked him why we had to go all the way to the graveyard after doing so much for the dead man. “It wasn’t a favor son, but an obligation,” my father replied.

“So, okay, we did the obligation, so why can’t we go to the bazaar. Why do we now have to follow the funeral?” I remember complaining. He stopped and bent down to look me in the eyes after kissing my forehead kindly. “Son every living thing will taste death. He was someone’s son, someone’s father, someone’s loved one, and a man is dead. We are following, for the sake of ‘being human.’”

Another bout of laughter jarred me back from my day dreaming, away from the streets of Pakistan and back into cold prison. As the gurney rolled down the hallway with its laughing entourage in tow, I couldn’t shake the difference in treatment of the dead. There was no mourning, no collective respect for the loss of a life. Here the dead man was simply scurried to his final abode: the ice box.

Once secured inside cold storage, the job of the Department of Corrections personnel would be over. The nameless dead man would remain in his cold confines for the foreseeable future until the rights to his body were worked out. If someone claimed his remains, then all was well. But, if not, well then after a lengthy stay in the ice box he would be unceremoniously hauled off to yet another box of an entirely different and opposite nature. It was one of fire and heat, where his remains would be cremated, his existence burned to ashes, scattered, dumped, wiped, forgotten. His memory lost forever.

Even the dead man’s living quarters in prison, such as his cell and property, would be reclaimed immediately after his body was removed. By the very next day his cell would be cleaned and a new dead-man-in-waiting would enter; a never ending nameless and enigmatic commodity.

You see, in this place where the warehousing of humans is commerce, where the perpetual trade is of dead men, there are no identities, no rites, no somber moments of silence. There is no remembrance, no dignity. Not even a modicum of humanity even at the moment of death.

As I said, the prison is a place of commerce, and business here is booming.