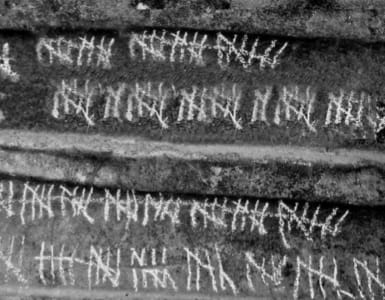 Every year as soon as my calendar’s page is flipped to the month of August, I feel a tinge of anxiety creeping up in the pit of my stomach. You see, August marks the anniversary of my arrival in New Jersey State Prison (NJSP) some 16 years ago.

Sitting by my slim plexiglass window at midnight, looking out at the dark cloudy sky alone, I find myself searching for my friends, my favorite stars. Over some years now, they have been my silent and loyal companions. Although the clouds have ruined quite a few meetings but it’s all right, I enjoy them too. They sort of provide a veil to my sorrow and add to the melancholy ambiance.

Then it happens, as if in a trance, the clouds seem to open and I can see that day as vividly as I can see the stars glinting through the cloak of haze. I can still see that young Tariq entering inside these thick castle walls; a young man who couldn’t even begin to understand the depth of this incessant vacuity. A place that is a bit more than just a never ending lesson in evil, prejudice, and despair.

Prison environment is fueled by hate, open racism, and blatant bigotry among other reprobate vices. But when it comes to torture, not a day goes by that I don’t get to realize that it can get worse.

My saga began in October, 2002, in the county jail where I first got introduced to select catch phrases for a Muslim captive in America. I guess the events of 9-11 provided a Carte Blanche to the jailers towards someone who represented the physical traits and ancestral links to the perceived “enemy”.

In 2005, after losing trial, my first stop during my transfer to NJSP was at the ‘Central Receiving Facility’ called “CRAF””. I heard his voice while being stripped after getting off the NJDOC transportation bus, AKA the “Blue Bird”:

“Oh yeah, you sure though, cause he looks like he’s Spanish or something.”

Upon hearing their manifest racist rant, I can’t properly share in words what I felt in that vulnerable moment. You see, getting stripped is probably the most humiliating thing a human being encounters in prison. An exercise devised specifically to dehumanize, a gift of the western society, an ode to its inglorious days of slavery.

With modern day technology, especially with full body scanners at the airports in mind, I don’t understand why human beings still have to be stripped as animals.

Anyhow, later on, I saw the ‘one’ who could “spot” me “good” and was rather enticed by my arrival. He was standing next to the property desk waiting with my Qur’an in his hand, which had taken liberty to leaf through intensely as if it was something”dangerous”:

“You … where the fuck are you from?

“Fuck that, where are you really from?”

“Lived in New York before that.”

“No, motherfucker, you know what I’m saying. You got ‘this’ [Qur’an] in your property. You ain’t from New York.”

I just looked at him. I wanted to say a few things, but after almost three years in county jail I knew well enough what will take place had I shared my ‘feelings’ with him. So, he stood there smirking that smirk.

My first day in NJSP was memorable as well. Once again, after getting disrobed the umpteenth time, I was taken to the infamous “6 Wing”, where I was temporarily housed in a cell on the bottoms tier. The room was probably 6*6*7, walls of metal, with a literal ‘hole-in-the-wall’ type toilet, and a cell door that was made of iron bars. It was a claustrophobic grave-like feeling as there were no windows in the cell. And without any fans the humid August heat was beyond intolerable.

It reminded me of a dog shelter I visited where I saw a large Rottweiler locked up in a similar small cage with bars for a door, only if I could whimper.

Upon my arrival, within the first half hour multiple corrections officers, referred to as “C.O.s”, started to come and peek into my cell looking for a “real terrorist”. Being looked at through the bars reminded me of that dog, and I finally learnt the perspective of that poor animal.

Anyways, after a while, a Sergeant came and put an end to the “viewing”.

What started that day has morphed into a norm over the past sixteen years or so. Almost everyday of my life in here, I have heard things like, “Osama, you are going to die here motherfucker.” “Why did you guys do it?” “Watch that motherfucker. They love blowing shit up.” “What was your job that [9-11] day?” “Check his shoes real good. They just caught his cousin on the plane with a shoe bomb.” “So, in your country do they shout Allah-Akbar all day?” “How many of the terrorist do you know?” “How many family members you got in the Taliban?” “Taliban!” “Isis!” “Your ethnicity doesn’t help.” [A reason given to me by a Sergeant for repeatedly singling me out for searches called “Shake-Downs”] And, “C’mon man, you know you guys prefer this way.” – [An officer mimicked pulling a string, a not-so-subtle hint towards a suicide bomber] Etc.

Without any real oversight, NJDOC officers have unchecked authority over prisoners. Among them, it is somehow understood that it is an accepted behavior to make such comments, an exercise in jest so to speak.

At times, when I hesitantly complain, I am told that I am being too sensitive. But, to be sure, if any one of the earlier mentioned remarks was uttered in a corporate setting or for that matter to even a civilian or custody employee of the State of New Jersey, it would lead to termination and lawsuits galore. But, to a prisoner, a convicted felon, the scum of the earth, it is all kosher.

Every year at a similar midnight, I ask The Almighty to let this be the last year of my captivity. Over the years my alienation has grown steadily. With the current state of our politics and the incompressible ‘Blue Wall’ and its supporters in the Judicial System, media, and political arenas, I am often reminded that prison is place yet darker still. And before and after conviction means a status even lower on the scales of humanity, something just above the border of animal and beastly existence; a rather oscillating boundary between the realms.

Then, as always, in the midst of my despondency my twinkling friends come to my rescue with a joyful smile and a promise of a better day to come. They remind me of the Mercy of GOD Almighty. I then pray, hope, and yearn to receive it.

Till that day, I shall endure.