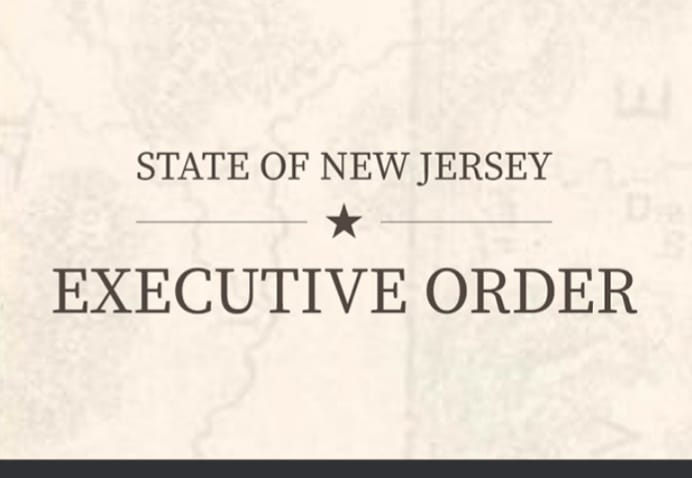 A CLOSER LOOK AT THE NJDOC’S COVID-19 COMPASSIONATE RELEASE

“Man they should’ve left me in Northern State. I don’t know why they brought me down here to Trenton to release me. Now, I got to use the only $50 I got to get to Newark.” Lamented a prisoner who was about to be released to a fellow prisoner who worked in the New Jersey State Prison (NJSP) Food Service. He was originally scheduled to be released from Northern State Prison in Newark within 4 months, and was complaining since he didn’t have anyone to come pick him up. He had to take a local transport to go back to Newark to his sole family member, an 87 year old grandmother.

The “Master Plan” to release prisoners started a few months back after the announcement of Gov. Phil Murphy’s Executive Order #24, EO24, in April, 2020. Subsequently, New Jersey Department of Corrections (NJDOC) started a massive prisoner shuffle within its state facilities. Over a few months, amid COVID-19 restrictions, dozens and dozens of prisoners were transferred to NJSP where special housing units on North Compound B-Block, namely units 3B & 4B, were first emptied by placing NJSP prisoners onto a court condemned unit, 7 Wing. And then the B-Block was filled with transferred prisoners. Most transfers were young boys coming from minimum security institutions or youth facilities. And since NJSP is a maximum security prison, it was rather odd for everyone to see such prisoners in here. Usually, with low sentences, with as low as a few weeks, are NOT housed here for obvious security reasons.

A day after the Election Day, on Wednesday, November 4, 2020, with all the pomp and grandeur, the NJSP released almost 70 prisoners. A cadre of state and local media was present in front of the main entrance to the prison to report on this mass release from New Jersey’s maximum security prison. Later on that day, pictures of newly released baffled looking young prisoners, dressed up in state issued white shirts, Navy blue jeans, and matching denim jackets were on TV for all to witness. Also on display was the NJDOC’s “Act of Mercy” in time of COVID-19 pandemic, and the nationwide Social Justice Movement, that has crippled many cities around the country. But, this ‘act’ was as misplaced as the seemingly lost prisoners who stood outside the NJSP front entrance holding their “Property Bags”, because instead of granting relief, by releasing older prisoners with decades behind bars, NJDOC only released prisoners who were already scheduled for a release within a year.

Usually, when a prisoner’s sentence gets closer to a release date, he/she is moved from maximum, medium, and then eventually to a minimum security facility, a step by step process towards the actual release of a prisoner back to the free society. At or around 18 months or lower remaining times, with a few exceptions within the system, prisoners are often sent to “camps” or “halfway houses” for release. Over this gradual period, additional educational, vocational, and other social and civic assistance programs are made available for the prisoner so that his/her transition is made easy.

Also, the halfway houses are normally allotted by the county a prisoner originally came from. For example, if someone came from Essex County, he/she will most likely get appointed to a halfway house in Newark. Even when a prisoner is made to “Max-Out” his/her sentence in a state prison they are normally released from a medium or lower security facility.

But, with the November 4th release, all of the regular procedures were put aside and the prisoners were all brought, en masse, to NJSP in Trenton for a grand release. Some prisoners had family members who came to pickup their loved one, but others were left with $50, a bag of property from their original time of arrest, and a “Religious Package” that had either a Bible or Qur’an, a few brochures from the Social Services Department, containing drug rehab centers information, and job assistance organizations contacts etc.

The question remains as to why this whole caper was created in the first place. The answer seems obvious; the optics of releasing prisoners from NJSP makes headlines and quells some public pressure for the state of New Jersey to reform its judicial system where it is marred by the worst disparity in the nation of 12:1 ratio between Black and White prisoners. And further has one of the highest numbers of mandatory sentenced prison population according to NJSCD’s 2019 Report, where 74% of those incarcerated are serving brutal mandatory minimum sentences of 85%.

Therefore, the reality of this Prisoner Release is far from the apparent charitable faade, as it was seemingly an obvious calculated move by the NJDOC to take credit for doing “something” due to the immense public scrutiny.

With the continuing nationwide protests regarding social justice, policing, prison, and sentence reforms, and the new leadership at the federal level, it will be interesting to see how America and New Jersey in particular tackles its racial disparity in prosecuting and oppressing the Black and Brown minorities.