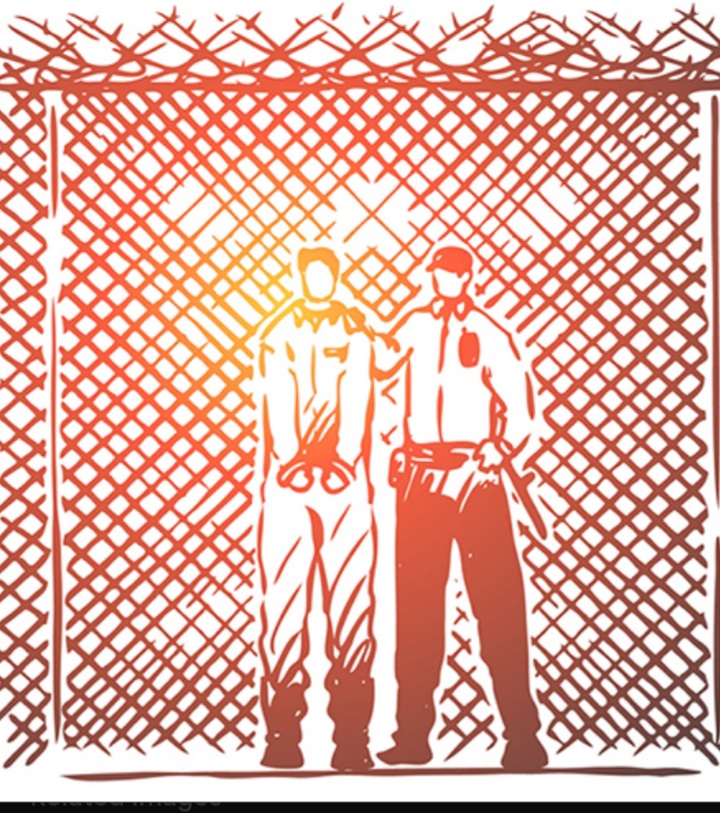 “Hello” from the other side of the concrete and razor wire wall. A man is trapped behind the wall, calling out to anyone who is listening.

“Hello, hello, could you get me out of here.”

Man down, man in distress, castaway. A man’s life is slowly but surely slipping away while he is trapped behind this concrete and razor wire wall.

His ‘hellos’ are all met with echoes. It’s an empty vast canyon behind this wall where only the soulless dwell.

“Hello”, it seemed as if he was calling out to himself. This man did not want to become one of the lost souls forgotten about so he shouted his ‘hello’ from the others side of the wall loader.

“Hello”, but still only an echo.

This man wondered if anyone realized that there was a man snared behind this wall. Did anyone care that this man had loved ones to get home to. Little ones to guide. He had a mother to hug, a wife to love, sisters and brothers waiting to receive his brotherly smile. A father he needed to embrace and a mother he needed to kiss… .

“Hello”, he could hear the traffic promenading the other side of the wall. So he roared his ‘hello’. The response was only a roar of an echo.

He was being ignored and left to be what he dreaded, a soulless shell. Why? He was a man who made mistakes like those on the others side of the wall ignoring him.

He was sorry for his mistakes. Only if someone would listen and let him explain.

“Hello, hello, could you get me out of here.”

The man knew that the concrete and razor wire wall was impervious. Unclimbed, never to be breached, and the sole witness to his trap.

Only if he screamed louder, someone would have to answer him.

Too many screams turned this man voiceless. His calls caused him to be further entangled.

Still there was no responses or help. The bottle was returned, note still intact. His ‘hello’ from the other side of the wall could not be reciprocated. His pen was broke.

Now the man cried. Tears of pain, shame, and remorse ran down his face.

His hands were cuffed behind his back, his legs were shackled. And his mouth was gagged. Only his tears flowed freely, allowing this man behind this wall in this barren place to know that he still had a soul. A soul that yearned to be free… .