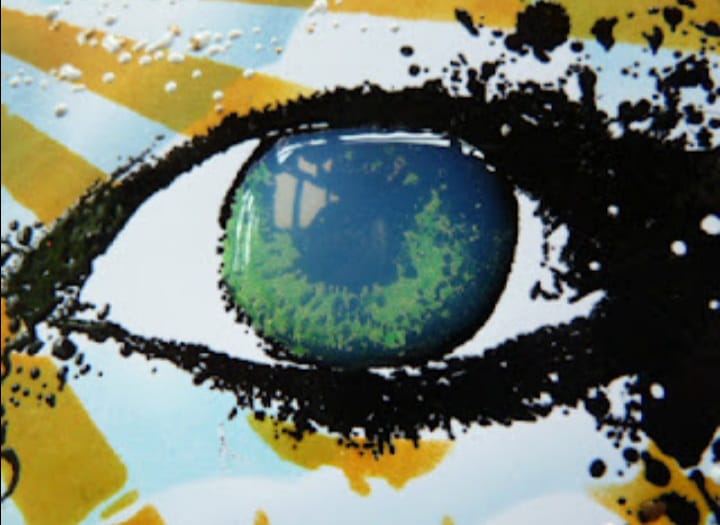 I’VE GOT MY EYE ON YOU

I knew a man whose life was swell and grand

Known for his good character through out the land

One physical flaw, from time to time, his eye suffered a twitch

A miserly person he was not

Mom and Da slept on plush feathers, he slept on cot

A dutiful son looked at in amazement

He loved father fondly, of course mother was his favorite

She was gentle, yet stern, experienced and wise

Beautiful despite she was missing her left eye

In fact mother’s absolute favorite thing to do

Hold her son and let him know, “I’ve got my eye on you”

They talked for hours laughing and sharing into the night

Mother would fall asleep, Son would tuck her in tight

All the adorations that a family can have

One thing that mucked it all up, Son finally met a girl

He courted her and sported her much those passing days

Mother and he, little by little, lost their laughing ways

Days lost the battle to weeks, and weeks lost to months

After wedding bands and bells, children were sure to come

Mother was now Grandmother doing what she had to do

All the while she told her son, “I’ve still got my eye on you”

One day the grandchildren began shouting a dreadful shout

She found her children pointing, trapped in their cries

The wife told her husband she knew that this was so

“Husband, tell your mother it’s time for her to go”

Grandmother realized what she didn’t want to believe

She said, “Son, I know what you THINK you have to do

Just know “I’m still your mother, and I’ve got my eye on you”

Again, the day lost battle of times to weeks

Grandmother and Son were on the outs, the two would barely speak

Distant days later there came a rapping on the door

He maintained his reserve, looked at his son, and simply told him, “Sit”

What is this I’ve heard from your mother’s. mouth?

Her eye scares your children, and you throw her fro. your house?

Entrusted with this secret, I was duly sworn

When your mother bore you, my heart began to cry

My soul trembled because you were born with just one eye

Then said to the doctor, “Please give him mine”

So the doctor obeyed until his very last stitch

Your mother gave you half if her sight, and this what you do?

What do you think she meant all those time she said, “I’ve got my eye on you?”

It’s not the tall things, but small things we do that make us great

So fix this, your wife will understand what you must do