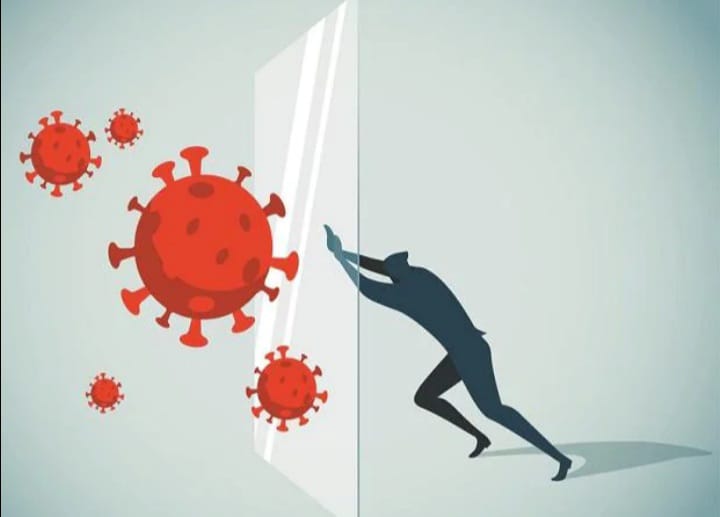 After a two and a half years of hiatus on March 16, 2022, the covid-19 emergency restrictions were eased in New Jersey State Prison (NJSP). Religious services, school, and other vocational educational programs also return in full force with minimal restrictions of wearing a mask and keeping to social distancing. Seemingly, things have started to return to some semblance of normalcy.

The full capacity religious services started on March 18, 2022, with Islamic Jummua Service. Over 200 Muslim prisoners congregated together after 2-years of separation, and experiencing extremely restrictive measures where at times only nine prisoners were allowed to gather for the Jummah Service which happens to be the largest congregation within the New Jersey Department of Corrections (NJDOC). The atmosphere seemed almost festive as many prisoners saw each other after a long time. People mingled freely, largely ignoring the recommended precautions as many didn’t wear the masks and congregants were seen shaking hands and hugged one another happy to see their fellow Muslims.

Subsequently, the Protestant and Catholic Services also ran with full capacities and similar reports of prisoners being in high spirits were received throughout the prison. The Protestant Service was also packed with almost 175 churchgoers and the Catholic Mass reported 50 worshipers.

Currently, the visitations are restricted to a window visit with it for those who remain unvaccinated. And the Contact Visit is only allowed for the vaccinated prisoners. Yet, the Contact Visit is further restricted to where the prisoners and visitors can only sit 10-ft apart without actually having any CONTACT. According to the Administration, in a recent Tier- Representative (Tier-Rep) meeting, the visitations will remain without any actual contact till an order from the downtown head office changes the parameters

Presently, the vibe around the prison population is that of exhaustion and angst. Prisoners have been kept isolated for over 2 and 1/2 years, and where the rest of the society outside is openly mingling, in here there is a palpable sentiment to resume life as it was prior to the pandemic. Additionally, prisoners feel that they are being subjected to enhance scrutiny as a form of extra punishment. Many point to packed stadiums and sports arenas on TV and complain of being treated unfairly and want to be treated in an equitable manner as the rest of the human beings.

It remains to be seen as to how long the NJDOC Authorities, and the State of New Jersey’s political leadership can juggle with the conundrum of having two sets of rules for COVID-19 restriction for prisoners and ordinary free citizens on the outside.