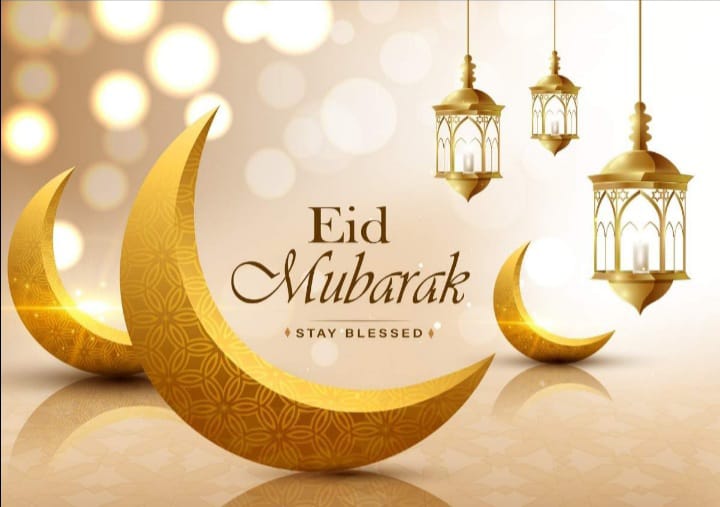 Corona Virus marches on with time. Flipping the calendar today, I realized that on Friday, July 31st 2020, it will be our second Eid Holiday of the year.

In the Islamic calendar, there are only two main holidays. They are both called Eid. The first one, the smaller Eid, Eid-ul-Fitr to be specific, takes place after the end of the holy month of Ramadan, a month of fasting. The second Eid, the ‘Big Eid’, Eid-ul-Adha to be specific, takes place after the yearly Pilgrimage to the holy city of Makkah, called “Hajj”. A Pilgrimage that is one of the Five Fundamental Principals of Islam.

The Hajj ends with the sacrificial slaughtering of an animal according to the tradition of Prophet Ibrahim (Abraham). This tradition is a commonality between the Muslims, Jews, and Christians. Although, there is a slight variation, where Muslims believe that Abraham was going to sacrifice his son Isma’eel (Ishmael), and the other two religious texts mention Ishaaq (Issac) as the chosen son.

I remember the Big Eid in Pakistan when I was a kid, the local custom was to buy an animal a month or two prior to the Eid day. That way the animal was domesticated and a bond developed between the family and the animal. So, in a way, sacrificing the beloved animal would be hard due to that affection; an obvious effort to mimic Abraham’s trial and anguish.

Among other fond memories of that time were the new tailored Eid clothes, food, visiting neighbors, family, friends, and hitting the bazaars of Lahore. But, more than anything, the receiving of ‘Eidy’ was the best, a particular tradition where the family elders would give money to the young.

For us kids, it was a happy time. And we had our favorite uncles, aunts, and cousins, whom were known to be more generous than those who were of a frugal temperament. You see, at that age the intricacies of who was well-to-do and who was not was not in our periphery.

Later on, in America, the Big Eid was a bit dull in comparison. Obviously, we couldn’t get a pet lamb, goat, or ox at home to raise and sacrifice on the Eid day. So, here in the “civilized” world, our family would either send money to Pakistan, to have a relative slaughter an animal and distribute the meat to the poor, or would buy an animal here at one of the local Islamic slaughter houses and get that very important part of the Big Eid over with.

But, we did keep other traditions alive. Such as, congregating for Eid prayer in one of the local mosques and then returning to dress up in new clothes; And then to start making the rounds from Long Island through Queens, and then to New Jersey to wish our family and friends an “Eid Mubarak”, Blessed Eid, greetings and to receive our Eidys.

I remember when some of our older cousins would make us laugh commenting in jest, regarding the need for everyone to become celibate due to the increase in the amount of children from year to year, which obviously affected their finances in paying Eidy.

As I grew older and entered my 20s, it became a sensed of pride for me to give Eidy to those who were younger than me. I remember making prayer to be more successful the following years so that I could give more and be that favorite brother, cousin, and uncle. Unfortunately, that prayer was not answered by the All Mighty. So, I still make the same prayer, still hoping for a better tomorrow.

The food spread and conversations were the best part of our special day. There was serenity to it, a calmness that placed your body and soul at ease. In my opinion, having a religious holiday, rich with over a few millennia worth of history, somehow seems to mean much more than our made up holidays like birthdays, anniversaries, and other such frivolities.

Coming to prison jars the very core of your being. People say to, “watch out in here, cause ‘they’ will come for you. ” The truth is, ‘they’ don’t come for you, ‘they’ come for your soul! In this labyrinth of evil, you tend to lose the very things that make you human. Among those things, happiness tops the charts.

Anyhow, our Big Eid is usually a simple affair. A congregational prayer is followed by a few refreshments and then a prompt return to our cages.

On our housing units we prepare our meals together as brothers in faith to give some color to our bland canvas of merrymaking. But, eating is another thing. I don’t remember a single Eid behind bars where I didn’t just stare at the food after receiving it.

Without family, a man is lost. And I’ve been lost for a longtime now. But, with the Grace of GOD, almost every time, a Muslim brother’s helping nudge or remark would break my trance. Our eyes would meet and that mutual and shared pained look would be held for the briefest of moments and then we would simply nod and carry on.

This year, COVID-19 has restricted our so-called festivities even further. No congregational prayers this time again. And also, once again, the prison kitchen would send an ‘Eid Food Tray’ prepared by select Muslim prisoners to everyone. That will be the extent of ‘official’ celebrations.

Nevertheless, as I said before, among us we shall create our own mirage of an Eid celebration. As always, I would surely retreat to my cell, placing my food on the metal table that is attached to metal sink and toilet, and then I would sit next to my ‘slit’ of a window to blankly stare outside, trying to picture my parents, brother, sister in law, and the two bundles of joy, my nephew and niece, among other family members and friends, feeling yet another episode of Eid Holiday Blues.

0 comment on ONCE AGAIN, FEELING THE EID HOLIDAY BLUES