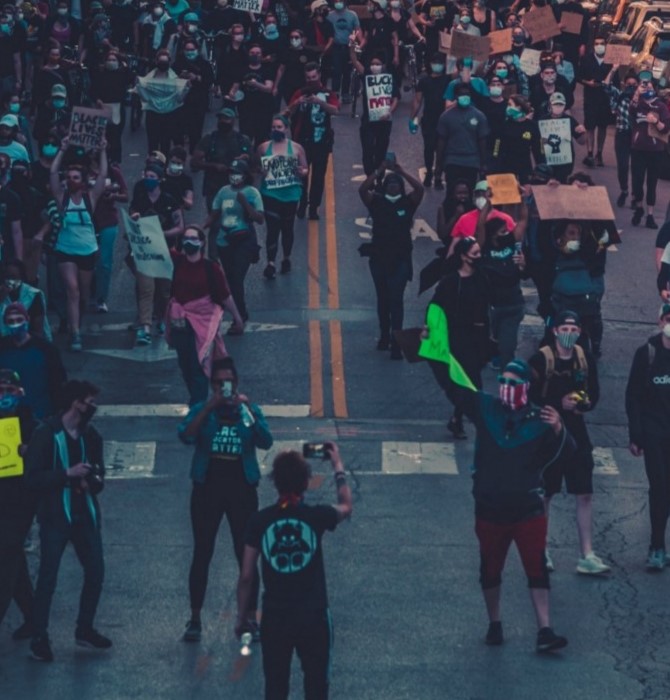 In recent days, the news around the country, once again, is filled with Corona Virus related issues. The obvious result of the pandemic taking space on the airwaves is reduced focus on the protests for social justice.

The death of Congressman John Lewis highlighted for me that the wheel of time turns without any hitch. The death of yet another stalwart of our social justice movement further stressed the importance of that special cause and the need for change now. It seems that we keep losing our Nation’s heroes without any actual progress. Truly, the days of Selma seem virtually unchanged in a lot of aspects of our culture.

In my humble opinion, the problem of taking the ‘eyes off the ball’ remains the main issue towards any required change.

The Black Lives Matter Movement, and others who are protesting for systematic changes to our Criminal Justice System, Social Justice, and Policing Reforms seem disjointed and without structure.

Charles Barkley recently made rounds on the sports talk shows following a “Tweet” criticizing the ‘Protest Movement’ for being without organization and being too focused on simplistic and meaningless symbolism; and being bogged down with pointless arguments such as what ‘labels’ athletes place on their jerseys.

I submit that the Hall of Fame Basketball player rightly criticized and tried to bring attention to the actual and real issues rather than just wordplay.

This ‘loosing of focus’ is becoming the hallmark of the recent Protest Movements where the message is getting lost due to ‘other’ unrelated issues. For example, Collin Kapernik’s taking the knee was hijacked by President Trump’s ‘dog whistle’ of being anti-flag, anti-American, and being unpatriotic. Kapernik himself muddled his message by being silent and seemingly without any strategy other than suing the NFL.

Charlottesville, Ferguson, and other similar protests were marred by ‘us v. them’ politics, violence, and pointless rhetoric that resulted in the status quo.

Even now, although the post George Floyd murders protests seem different, I submit, without proper national organization and strategy, there will be no results. With COVID-19 struggles and dirty politics, the goal of change appears more chaotic and unachievable.

In the same vein, the United States Supreme Court in recent days struck yet another blow to the requested and demanded change by ruling against a challenge to one more bias, racist, and unfair state voting law that disqualified ex offenders from voting. This ruling further highlighted the need to get together and to speak with one voice. Rather than random protests, the center of attention should be on national unity and approach.

Where the highest ‘Halls of Justice’ seem to signal that the fundamental rights of an American citizen to vote are forfeited in perpetuity due to a simple run-in with the law, a clear message is sent that even the most basic of rights are not going to be afforded to a citizen, specially the one of a darker hue.

The Supreme Court’s ruling is akin to injustice in itself. Where a segment of society in this country is told that you are forever a subservient class! The decision has yet another dangerous precedent of Apartheid like reality for the minority of this country.

Thus, Charles Barkley’s Tweet and advice should be taken seriously by those who actually want change, reform, and a better just and equal tomorrow for all Americans regardless of their color and creed.

I would suggest and urge the Protest Movement all over the country to organize in State entities and focus on struggle and efforts that are particular to the needs of each State in this Union.

Without such focus, the death of George Floyd and countless others and the resulting Movement will fizzle out. To make change, we must Organize, Strategize, and Implement!

Otherwise, it’s all for naught.