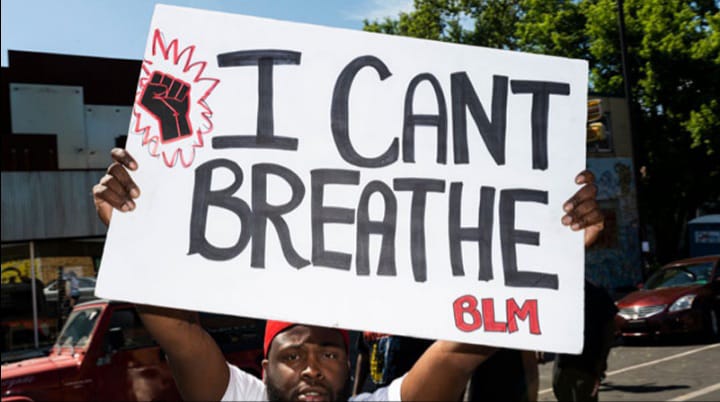 I paused and held my breath as I watched the murder of Mr. George Floyd on my 13 inch television screen. I gasped in shock as former police officer Derek Chuavin in broad daylight, with all his body weight pressed his knee for 8 minutes and 46 seconds on the neck of this already subdued young black man!

I cringed as Derek Chauvin, with his hands inserted into his pockets and a sinister look upon his face looked uncaringly into the direction of the crowd while Mr. Floyd sadly and desperately called out for his mother!

I later found out that Mr. Floyd’s mother was deceased. His mother was gone, and yet he still called out for her with his last breaths.

I witnessed a man get murdered by a police officer! My heart engulfed with so much sorrow for Mr. Floyd as I watched his life get snuffed out so unjustly! Anxiety began to set in and my heart quickened its pace! And for a few moments I found it difficult to breathe. I had to calm myself.

The same script continues to play out, just with different people. The same situations. The same outcomes. Many of these police officers who have taken an oath to “Protect and Serve” are using their authority to act out their true character and what they actually stand for. Always attempting to disguise and conceal their prejudices.

And, what of the many others who have been murdered unjustly? Some were recorded, some not. Why does it continue to be this pattern of murdering us black men and women, and other people of color by corrupt racist police?

What about all the people of color that have been and continue to be placed in these warehouses called prisons unjustly to serve outrageous sentences? Sentences that destroy families.

0 comment on PLEASE I CAN’T BREATHE! DON’T KILL ME