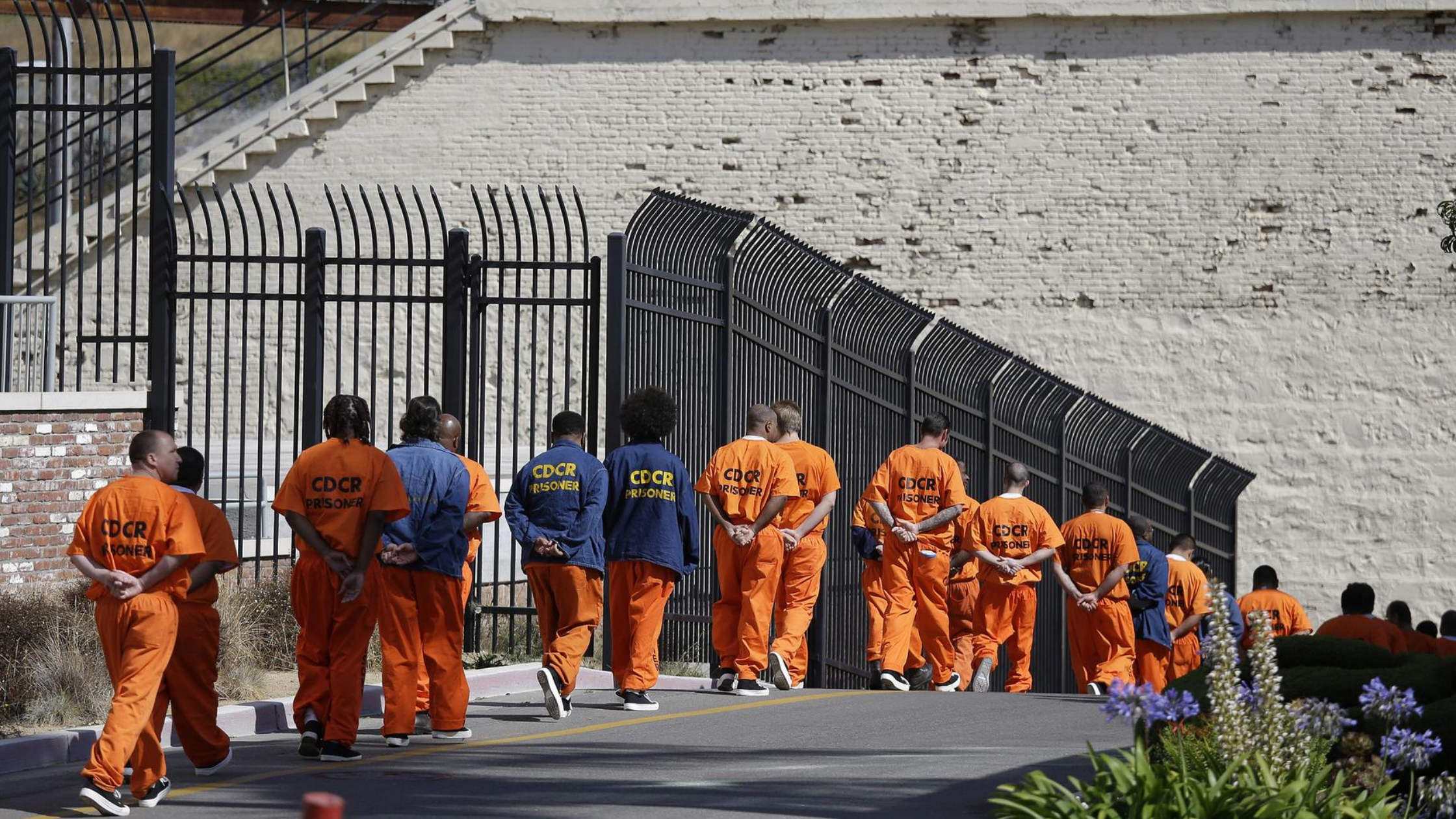 The United States of America has been in denial for a very long time. Regardless of its feigned ASCRIPTION to the ‘Land of the Free’, it is in reality a very, very racist and segregated society that uses its ‘heavy stick’ on its minorities to keep them in line. A ‘line’ that signifies the difference between Whites and the Privileged against the rest of the ‘Other’ Americans.

However, the bloated, and infected, underbelly of this Nation finally burst open and the stinking puss of Racism, Bigotry, and Police Brutality oozed out before the entire world to see and smell. And with the country literally burning, I say the jig is up.

If you want more proof, look into the Judicial System and resultant overwhelming incarceration of blacks and other minorities as well. I’m sure that aspect of systematic Institutional Racism and Police Brutality will be more than enlightening.

The MURDER of George Floyd by a White police officer, Derek Chauvin, with the aid of his three cohorts, in Minneapolis, Minnesota, was committed in broad daylight in front of dozens of people. The indifference by the 3 fellow officers was a real and practical example of the ‘Blue Wall’ for everyone to witness. Yet, even now, politicians, law enforcement officials, and public figures are bending over backwards in NOT calling it for what it was, a Voluntary, Knowing, and Purposeful act of MURDER.

The problem lies within the ethos of this country’s infatuation with ‘Heroism’. The United States thinks of itself as the savior and the sole force of good in this world. It believes that it can do no wrong. And whenever a wrong is committed then it must have been for the greater cause.

This National narcissism is reflected in the apparatus of our country’s military and law enforcement as well. But, of course, whenever that ‘hypocrisy’ is revealed, say in the brutalization of prisoners in Abu Gharaib Prison in Iraq,; Rape and torture of Afia Siddiqui in a black-site in Afghanistan; murders of innocent civilians in multiple war zones, or State side torture of Rodney King, Ahmadou Dialo, Abner Louima, and killings of Eric Garner, Michael Brown, Laquan McDonald, Dontre Hamilton, Tamir Rice, and now George Floyd to name a few; the ‘ rogue’ element or a ‘bad apple’ theory is forwarded.

The truth is, and has been, and shall remain, that everyone in the world sees this sanctimonious ‘bull-crap’ for what it is, a never ending Anthology of Racism.

The ‘cop-out’ or feeble excuse of a few ‘bad apples’ is a disingenuous face-saving farce that is shoved down the proverbial throats of everyday Americans due to their self-imposed conundrum and hypocrisy of worshipping anything that is law enforcement. For example, Robert O’Brien, the National Security Advisor to President Trump, declared on National Media that it was a few ‘bad apples’ in Minnesota, and outright denied any “Systematic Racism”, and went as far to declare that “99.9%” are good police officers and “my heroes”.

An obvious inquiry would be to ask the basis of the cited statistic of 99.9%. But that would remain an enigma, because even in the face of the obvious staggering evidence, the majority of American society is indifferent to Police Brutality and behaviour.

The use of disproportionate and overwhelming force is in the Zeitgeist of our country’s stratagem at large. Being locked up in an American maximum security prison, I know about police brutality quite personally. Unlike outside, there is never ever a recording. No witnesses, no watchers recording on phones or telling an officer to “get off” someone’s neck. But, ask any prisoner in this country,and they will tell you horrible details of their own experiences of abuse.

The most hurtful thing is that this is done in the name of you – The Public. And the public’s indifference makes it worse. Because without ever doing any investigation or proper oversight, Police Brutality is neglected and the police Personnel are AUTOMATICALLY labeled as Heroes.

Police Brutality is systematic. It has been enhanced in recent years due to a few reasons. The most important being the militarization of law enforcement. This was done in two ways. First, police and law enforcement agencies have become a landing zone for ex-military personnel. From armed forces to local law enforcement, it is basically an extended retirement plan and fringe benefits formula for former soldiers. Second, with unending wars and profiteering mega companies churning out massive amounts of military gear & equipment, a problem of excessive equipment developed. The military industrial complex and their political contracts could not be stopped, so the residual equipment was passed down to local law enforcement. That thick headedness resulted in police & corrections officers looking the part of Navy Seals and other Special Forces commandos and, armored vehicles and war zone equipment on the American Street.

Moreover, the ex soldiers also brought the battlefield tactics to the American law enforcement arena and perhaps that is more evident behind the thick walls of our prisons. I, and multitude of the over 2.5 million behind bars can validate that fact. Remember the old photos of black men during Civil Rights Movements being held by White police officers and being mauled by German Shepherd dogs. – Those photos are alive behind these prison walls. The use if dogs is a symbol of the old Nazi Era, something that needs to be paid attention to.

Additionally, the militarization has ushered in the so-called “wanna be” ‘ Warriors’ mentality to the police officers. Specialized “Warrior Trainings” are being paid for by the police unions and are having a devastating effect. The heavy handedness that is now very visible on streets of this country are direct result of those specialized training and ‘brainwashing’ of law enforcement personnel who seem to view the adversaries, American Civilians, as enemy combatants.
Where the words and philosophy of our Police Departments were “to Protect, and Serve”, it is now morphed into Police becoming the “Weapons of the State”.

The brutal tactics don’t end on the streets. The same mentality is responsible for our Mass Incarceration issues, where police officers habitually lie on the stand, plant evidence, and do everything in their power to get innocent minorities convicted. Think about it, if the police officers have no qualms in choking & shooting someone in broad daylight, what reservations would they have in lying before a jury. Those convictions, like mine, result in life sentences, and a very, very, slow death.

To make changes to this official brutality, systematic root causes must be addressed. For example, George Floyd’s Murderer had 10 EXCESSIVE FORCE related charges. Why was he still on the job? That is the same case in prison, where guards routinely abuse their powers and are ‘written-up’ on numerous occasions by the prisoners yet no one pays attention. The oversight mechanism should look deeply into the documented abuse by the police officers and they should be removed and where appropriate, charged with crimes.

Also, the Judicial System needs a look as well. Why is there a preference for Prosecutors to get promoted to the bench? The working partnership between the judges, prosecutors, and police is a fundamental hindrance to equality of justice. It is a monumental task for an average person to fight such powerful adversaries. It is just not fair!

To alleviate that, more Defense Attorneys from the Public Defender’s Offices and organizations like the ACLU, SPDF, and EJI, should be appointed to the bench and Appellate Courts.

If you really want to understand the outrage behind police brutality, you might want to start by reading Jane Coaston, senior reporter at VOX.COM, and to Van Jones at CNN. That might be a good start towards understanding the actual pain of the protestors.