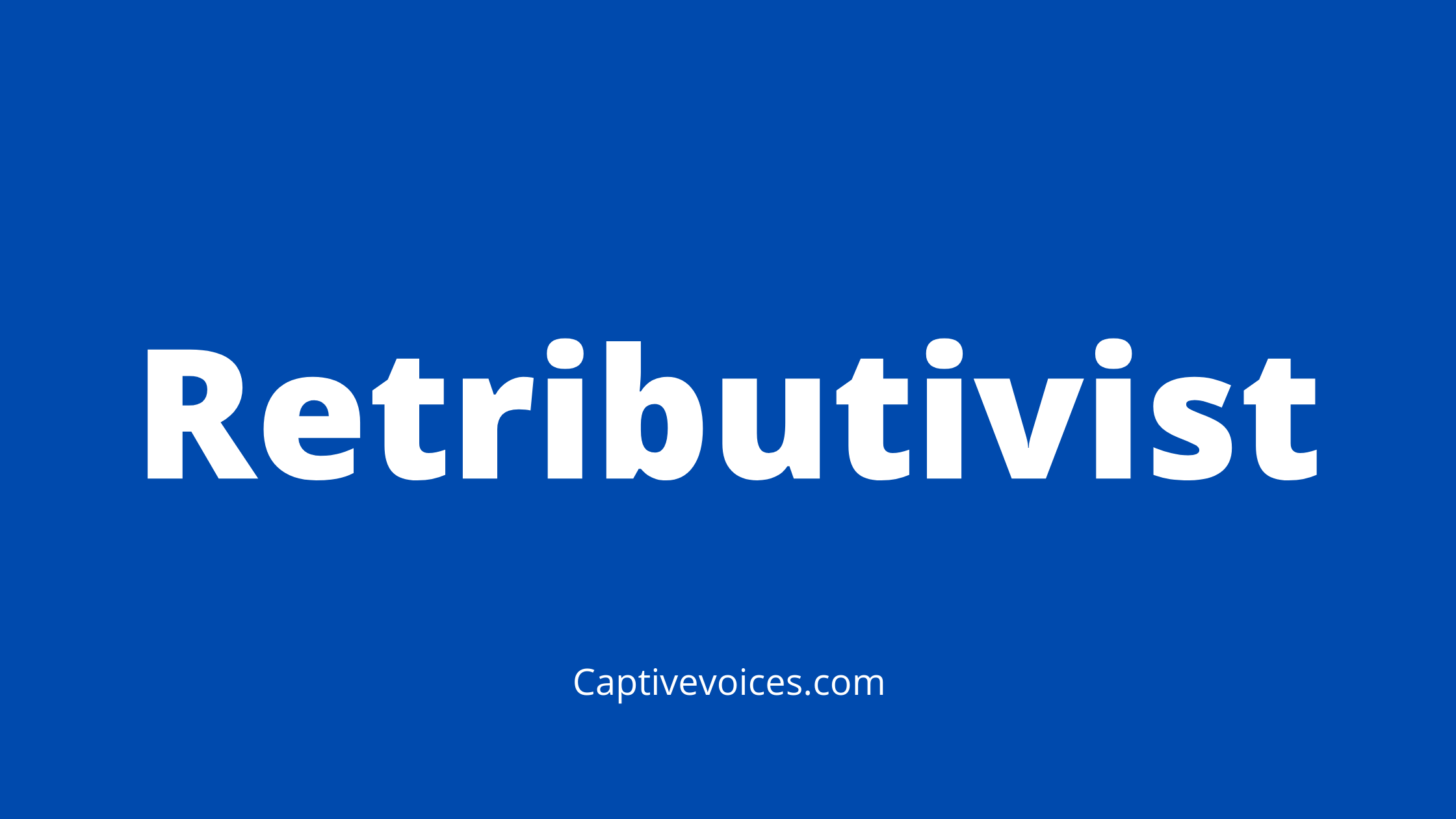 You ever seen those people in the movies, surrounding someone who is getting executed, lynched or having their heads chopped?

“Off with his head!” they shout in unison.

That crowd is always there shouting, coaxing for the execution to happen. Throwing filth at the condemned, and when the deed is done they simply disperse.

I have often wondered why? What is it that makes people so? Is it as simple as a release? Perhaps from the difficulties and injustices of their own lives that makes them – us – so callous, so cold, and so detached from another human being’s plight. Perhaps in that person’s suffering they feel some sort of vindication, a sense of justice for their own misery. Perhaps, even a mirage of finally getting even. An ecstasy for a retributivist!

There is baser element to retribution, an innate desire to offset the harm, an instinctive desire to punish and to do so severely. The level of harm, the original wrong, in itself, whether it was perceived, or actually suffered, that is beside the point. To a retributive mindset, the ends always justify the means.

“Criminal Justice Reform” is ‘in’, so to speak. The airways have run-amuck with the political charade and imprudence of ‘Presidential’ proportions. The “Reformers” are out in force. Almost every Cable Network has something to say about the ‘chattels’ behind bars. I am one of those who are locked up, so to see important people talk about us makes me feel rather – nauseatingly- consumed.

Even the President has dabbled in the foray of popular hysteria of Criminal Justice Reform. And to view him, surrounded by the stalwarts of the modern Republican Party, signing in to law the “First Step Act” made me feel so happy that I almost gagged. I was also lost on the choice of the name, ‘First Step’ to what?

I am serving a double life sentence, for two homicides, totalling 150 years, with a built in “No Early Release” parole intelligibility of 85 percent. Simply put, I must serve 127 1/2 years before I can qualify for parole.

Do not worry folks, I will not be boring you with my “feigned” pleas of being innocent and getting a trial that would make the “Emmitt Till” jury proud. I am simply trying to make a point. So indulge me in as much.

I am skeptic as it is obvious, but I am one with some merit I submit. I actually live the very life those ‘experts’ in the media talk about. Because, watching the circus around the issue of incarceration on TV, and reading about it, makes me perturbed beyond reason since the pundits and politicians alike are trying to solve a conundrum which doesn’t really exist. The efforts in trying to solve the “Mass Incarceration” challenges are in vain since the problem isn’t correctly identified.

The skeptic in me is screaming that it is done on purpose so that while the concerned public is appeased, nothing is actually done towards a real solution.

The effort to reform the Criminal Justice System and the Mass Incarceration is being talked about in terms of a drug epidemic gone wild. And even wilder have been those who had initially sought to incarcerate their way out to fix this invented issue.

As I said, the problem isn’t correctly identified. You see the flawed supposition that prisons are filled to capacity due to folks being charged for nonviolent drug crimes is as asinine a notion as President Obama being born in Africa. But still, the “believers” are also out in force.

Even I, a prisoner, with extremely limited capabilities to research can tell you this much that the hoax of nonviolent drug convictions burdening our prisons is baseless. Yet, according to a 2016 poll conducted by Vox.com, a majority of the liberals and the conservatives believe that half of the prisoners in these United States are locked up for nonviolent drug related crimes.

Moreover, there is even more consensus among the ‘left’ and the ‘right’, they both vehemently oppose any sentence reduction for people convicted of violent crimes – Throw away the ‘keys’ and they are all happy. An observable inquiry would be as to how many ‘keys’ are they planning on throwing? Who says the ‘left’ and the ‘right’ can’t agree on anything. All you have to do is to appeal to their baser instincts.

The facts are often ignored in these types of debates, but for ‘kicks’, here are some realities: Over 50% of those locked up in the state prison systems are there for violent crimes. The drug convictions only make up for about 15% of state prison systems. And although, it is true that about 50% of federal prison population does consist of drug related offenses, the glaring reality is that the entire federal prison population is only 10% of all prisoners in the United States.

In layman’s terms, our state prison systems make up the bulk of the country’s prison population and majority of that populace is serving time for violent crimes.

That is why the overly touted prison reforms such as the so-called First Step Act will have a minuscule effect on any reforms. Since the reformers are unwilling to focus on the actual issues – of violent crimes sentence reform – there will be no solution to the ‘Mass Incarceration’ plague.

For a country, and more specifically the political elite, that openly advertises its Christian Faith, the lack of forgiveness, mercy and second chances are beyond hypocrisy. Their messages of ‘Transformation’ and ‘ Redemption’ do not comport with their lack of belief in the concept that people can change. Where the rest of the world is lectured on a ‘civilized’, ‘cultured’ and ‘humane’ approach, the one in this country is reflective of a darker age.

All around the world there are stories of people changing for the better, accounts of salvation, recovery and emancipation. If a neo-nazi can change, an anti-semite can see the world differently, and if a terrorist can be rehabilitated to actually save lives and be a messenger of peace, why can’t those whom are condemned in American prisons?

One look behind our prison walls and the notion of “one nation under God” and “liberty and justice for all” sound more like hollow campaign promises. And the proclaimed ‘best’ Justice System in the world is akin to a Kafka episode if compared to the continuous stories of the wrongly convicted and executed!

A Buddhist monk, “Thick Nhat Hanh”, once said: “Here is the question, what is the right thing to do after the wrong has happened”. Maybe if the “Reformers” started with that premise we might see some actual reform. But, that is an inquiry of an enlightened mind and consciousness. To a retributivist, there is no difference between Retribution and Rehabilitation.

To me, all of this talk about reforms, and cyclical political environment, somehow feels like the ‘Groundhog Day’. After a little while it just becomes one of the talking points which a politician must check off before he or she ends their speech.

All the while the surrounding crowd hails and venerates. A ‘promise’ is made and a ‘dream’ is sold to a symphony of applause. And then — they all disperse.

On each Groundhog Day, I feel like the one stranded at sea, floating to a silent quietus. And then I see it, I see that ‘promise’ that was made, that ‘dream’ that was sold, I’ve bought it.

And I swim towards it, like an island in the middle of the sea. And then as I get closer it seems, as if on cue, like all mirages — they all disperse.