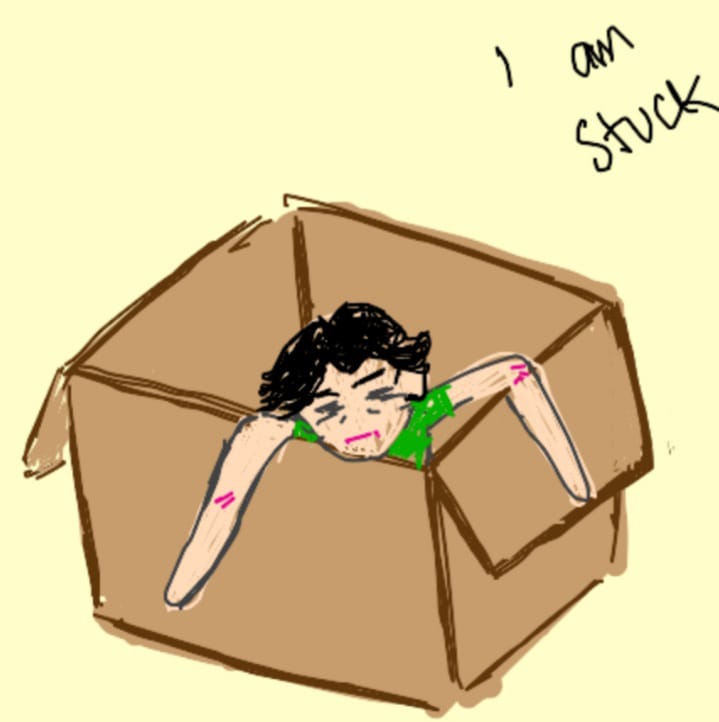 STUCK IN A CARDBOARD BOX FOR THREE HOURS

Prison is an unfathomable place for most of us. But for those who are mentally ill, there is a whole different layer of challenges; in here, mental weakness is preyed upon. Maltreatment doesn’t come just from the populace, but also from the system itself.

Let me share a story of a man who died in New Jersey State Prison some time ago. After almost 20 years in prison, I have seen a lot of travesties, and I am usually immune to the craziness I witness every day. Yet, I cried for days thinking of what happened to this particular man.

Roy was locked up in the housing unit designated for prisoners with mental illness, where his health deteriorated. He was 72 years old at the time and had he been on the outside, Roy would surely have been in hospice care. He constantly wet his bed and he had problems just getting up. This proved to be true one particular winter night around 3 a.m.

Roy woke up to relieve himself and walked to the toilet just a few feet from his bunk. However, the few steps proved to be too much and Roy fell, landing inside a large 3-foot-wide cardboard box that contained some of his prison clothes.

Being stuck in a V-shape, he struggled to get out of that box but was unable to do so due to his weakened state. After struggling for a while he realized that he needed help. To make matters worse, he had relieved himself and was covered with urine and feces.

After some time, the unit officer discovered him in that state while making his rounds. Shining a flashlight on his face, the officer yelled, ”What the hell are you doing?”

Wet, cold and confused, Roy tried to laugh it off to hide his embarrassment. He would do that often when he lost his balance and grip and dropped his food tray.

The officer, however, was red hot. It was more than an inconvenience to help Roy because the prison was on complete lockdown during this 9 p.m. to 6:30 a.m. shift.

Unlike the earlier shifts, there were no officers in the unit’s control booth to open any doors. In order to open a cell door at night, an emergency code needed to be called. In this case, it would be a medical code: Code 53. The door would be opened only after the responding officers and supervisor arrived. The unit officer would also have to file a report of the incident.

That could be why the officer chose to walk away, leaving Roy in his misery.

The officer on the first shift of the day arrived around 5:30 a.m. and found the man still inside the box covered with his own filth. Roy apologized out of embarrassment and shame.

The reason I know about this story is because my friend Mike, who is a porter in this unit for mentally ill people, was working that morning and was asked to help pull Roy out of the box. To this day, I am dumbfounded that Roy was the one who apologized to the officers, not the other way around.

0 comment on STUCK IN A CARDBOARD BOX FOR THREE HOURS