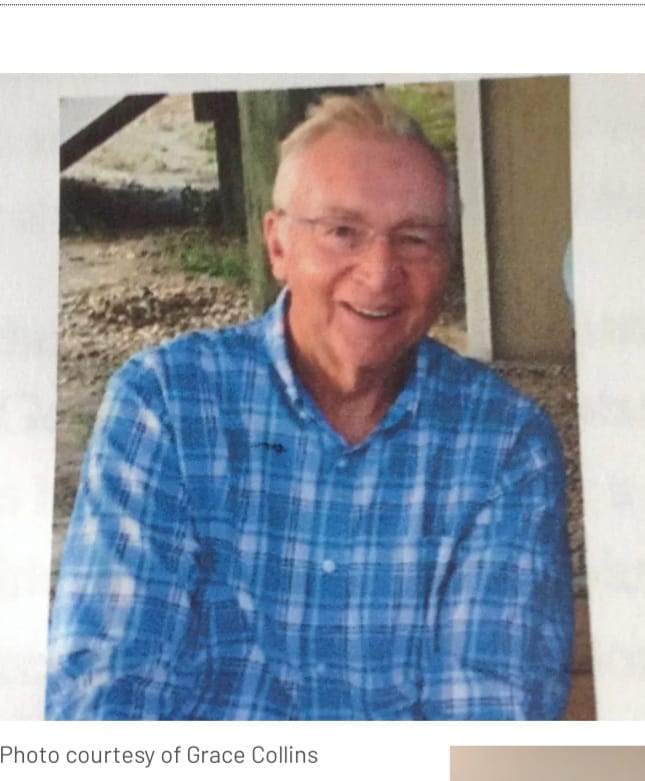 “I just want you to know that Jerry died today,” New Jersey State Prison (NJSP) Catholic Staff Chaplain called me in the Chapel office to inform me in a somber tone. I simply nodded and suppressed a rising lump in my throat. Exiting the office I felt numb.

COVID-19 pandemic had halted most of our prison activities including religious services and volunteers. With moderate decline in the infection rates, our religious services were gradually resumed with reduced capacity. However, no volunteers were allowed back in the institution. So, I was unable to see Jerry and our other volunteers since March. And now, I will never be able to see him. It hurt.

Later on that night, sitting alone in my cell I tried to play back the whole day’s events as per my usual norm. It is a habit of mine that I have developed over the years to rethink and gauge my actions of the day. A self imposed oversight perhaps to see how I can do better the next time around. But, this particular night I kept thinking about Jerry. Like an old reel of a film, our conversations kept repeating and I found myself smiling. It was so real.

I met Jerry in the NJSP Chapel a few years back. I work there as a chaplaincy clerk, and Jerry was one of the regular Catholic volunteers. Jerry was slender and of medium heigh. He had white cropped hair, neatly combed to the side with a pronounced part. – Just like the way my mother combed mine when I was young. Jerry had kind eyes and a friendly demeanor. But, most of all, he was normal, unpretentious, a trait I loved dearly.

Jerry had a way of talking that was no nonsense, matter of fact. Leaving the superficial sanctity and ambiance of the prison Chapel aside, Jerry would openly curse; Of course, when the occasion called for it. And I would crack up because he would often leave the other person confounded. It usually happened when Jerry, a staunch Democrat, was lambasting the Republicans and the presidential shenanigans. The best part was when Jerry quoted Rachel Maddow. If you have seen the Shawn Hannity and Laura Ingram types from the Fox News world, well, I can tell you this much from personal observation, they had nothing on Jerry and his MSNBC rhetoric.

Every Friday like clockwork, Jerry would makes his rounds with other Catholic volunteers to the lockdown units of NJSP to see men he didn’t know personally. He would pass out religious literature, Catholic or not it didn’t matter, because in reality he wasn’t there for proselytizing. You see, men and women like Jerry are driven with a baser instinct. It is called humanity.

Over some years, I got to know Jerry well. On his return from his rounds, he would often pull up a chair and sit next to me while I typed on my computer making participants lists for religious services. At other times, Jerry would skip the housing unit visits and spend the entire time with me. We talked about religion, prison, politics, life, and of course his boat and fishing – the second love of his life. Because, his true love was his companion of a life time, his wife, whom he simply referred to as, “My Grace.”

“She will like you Tariq.” He would say with a wry smile. And I would simply nod in reply. He told me how much he loved her and how she kept him grounded. “She is my anchor,” Jerry said once. “And you are the boat,” I replied with pun intended. He smiled and said, “A lost boat. She manages to keep me in check.”

Over the years, I have learned that life is like a journey on a swift river. We are like driftwood floating on that river to an uncertain end. Every now and then, other debris runs into us and we get to float together for a while. Later, the swift current and waves separate us. In the journey of our lives, beginnings and end are not important at all; it is about the journey itself. And to find good companions along the way, well, that is what makes it all a fun trek at the end.

I am grateful for Jerry’s company. During those ephemeral moments in the Chapel, floating together, he taught me a thing or two about being a human. I also developed a love for boats, got to know the difference between aft and port, flounder and snapper, and the freedom of the sea. He also encouraged me to continue writing. – Yes, I wish I had met Jerry and his Grace in a different setting, but I am just glad for the time I had with him.

Today, watching the conclusion of our presidential election with the victory of Joseph Biden as the 46th President if the United States, Jerry’s face flashed before my eyes and I smiled. Later on, sitting outside in the “Big Yard” of the NJSP, I looked up at the bright blue sky as the sun glared down making this November afternoon feel as if a summer day. I could almost picture Jerry on that boat of his, floating on heavenly clouds, sitting with a cold drink in hand, kicking back with a line in the water, swaying on oscillating waves.

For a moment, it all made me feel melancholy, yet in it there was happiness too. Meeting Jerry was beyond special for me, a prisoner condemned to life behind bars. In here, the life I live is by design made to dehumanize. And, it is people like Jerry who renew the hope for the deplorable folk like us that there are those in the society who believe and champion the cause of mercy and redemption. For that and much more, I will miss Jerry more than I can express. I wish I had a chance to thank him for making me feel, … human.

So, thank you Jerry. Till next time I suppose, until then, I shall often think of you, our time together, your humanity, and most of all, I shall pray for the true love of your life: Amazing Grace.