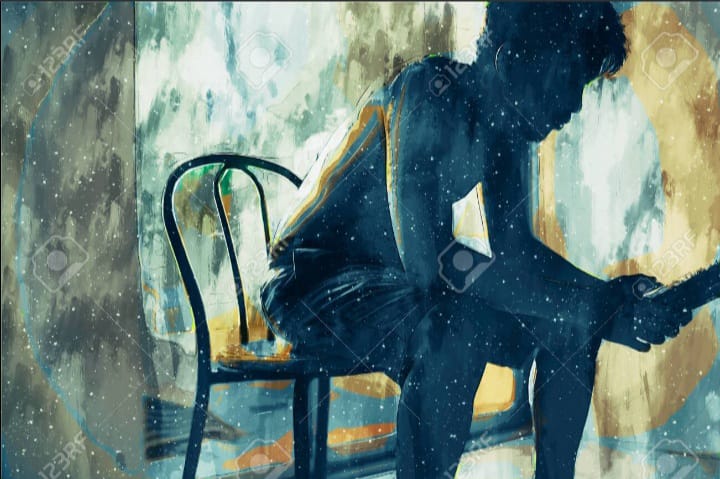 THE SILENCE ON THE OTHER END OF THE PHONE

In Season 5 of “Orange is the New Black,” Gloria Mendoza calls her tía (aunt) from prison. Her aunt was at the hospital with Gloria’s son, who is about to be taken into surgery to relieve the pressure on his swollen brain after some neighborhood boys had brutally beaten him into a coma.

Gloria asks her tía to hold the phone to her son’s ear. Through tears, she tells him everything is going to be all right and she begs him to get better. Silence comes from her son’s end of the phone, except for the beeps and mechanical sounds of the ventilator keeping him alive. Gloria’s only connection with her son was through a contraband cell phone. Being caught with such an item would mean severe repercussions.

I’ve been following Gloria’s story in Season 5 of “Orange Is the New Black” on a closed-circuit movie channel at New Jersey State Prison, where I am currently housed. This scene hit home for me because I have also been the one on the phone, devastated because my loved one was in the hospital.

There I was, a 35-year-old watching this scene play out and crying. I had to blow my nose in order to breathe because of the snot coming out.

For eight months, my mother battled renal cancer that was supposed to be beatable. But the chemo took a heavy toll. The cocktail of drugs caused her body to waste away. The pain was so excruciating that her doctor prescribed narcotics, but her resolve to live a clean lifestyle prevented her from taking them most days.

When she was able to visit me, I stared hard into her sunken blue eyes without saying anything. As she looked back, I think she knew why I was staring so deeply. I had an impending feeling that the outcome was going to be grim, so I studied her beautiful blue eyes so as to never forget them.

My feeling was confirmed when we discovered that the cancer had spread to both her lungs and her brain. In the last days, her body began to fail, and she was admitted to the intensive care unit. The hospital began providing palliative care.

I vividly remember that it was a Monday night when I talked to my mother for the last time. The hospital had a rule against cell phones in the intensive care unit, so I had to call my sister’s cell phone and get a three-way call to my mother’s bedside phone. We talked about our day. I could hear how tired she was, so I told her I would call her the next day.

But on Tuesday there was a prison-wide lockdown and no phone calls were permitted. When I finally reached my father on Wednesday, I could hear in his voice that something was different. My mother’s vitals had dropped and she had been placed on life support.

One of the doctors was gracious enough to get on the phone with me and explain exactly what was happening. I was in shock, struggling to understand how life could deteriorate so rapidly. The only way I could think to remedy the problem was to have her hear my voice. Surely if I called out for “Mommy,” she would come to the aid of her heartbroken son?

My dad held the phone to her ear. I begged, pleaded and sobbed in every way that I could articulate. The pain set into my chest, accompanied by rivers of salty tears and sticky wet mucus flowing from my sinuses to my upper lip. I told her how much I needed her. I reminded her how much she helped my sister raise her first grandchild, who she fawned over so much.

Three days after that phone call, I agreed with my father that we should let my mother rest. We permitted the doctors to take her off life support.

There was only silence on the other end of the phone.