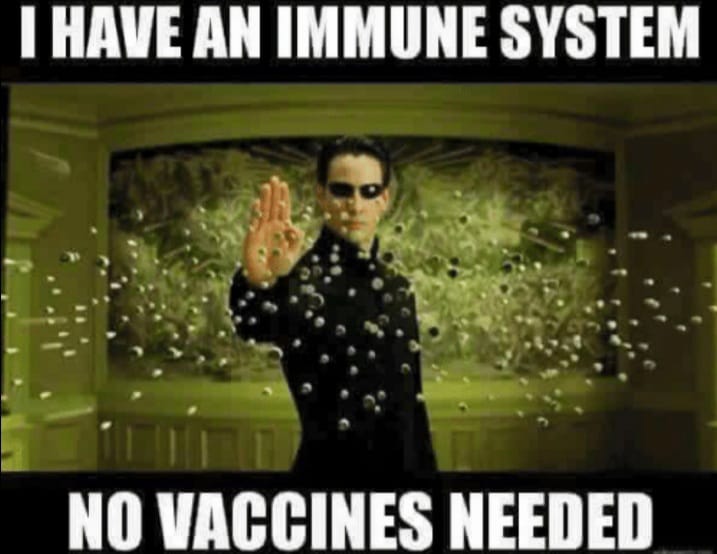 More than 60% of Americans have received at least one vaccination as of mid-May, but inside New Jersey State Prison (NJSP), the effort to inoculate everyone has hit a snag as prisoners and staff refuse to get their shots.

Back in January when I received my initial dose of the Moderna vaccine along with the four  other prisoners from my housing unit who elected to receive it, I figured more would be scheduled as the vaccine became available.

“How many guys signed up for the shots?” I asked one of the nurses at the South Compound Visit Hall (SVCH) where we were getting our shots.

She told me that about 500 prisoners had signed up at that point, less than a third of the overall population of about 1,300 according to the New Jersey Department of Corrections’ website. She added that about 300 staff members had signed up.

“Hey, it’s a good start,” she said, giving me a thumbs up before she moved on.

But was it? The estimate she gave was worse than the 45% vaccine hesitancy rate that the Centers for Disease Control reported from a survey of over 5,000 people in three prisons and 14 jails in four states in late 2020. Nationwide data from an NPR/Marist poll at the end of March that showed that 25% of Americans were choosing not to get vaccinated.

One of the officers I spoke to said he wasn’t getting the vaccine because he was skeptical that there was an actual pandemic. According to him, there are approximately 7,000 officers in the New Jersey Department of Corrections (NJDOC) and only four had died.

He added that he was healthy and trusted his own immune system to fight off any ailments. “I know my own body,” he said.

At NJSP, the vaccination rate declined even more as rumors circulated about the side-effects of the vaccine. First, there was talk that “so and so” got sick after the shots, and then the gossip morphed into “someone” being hospitalized before the rumors escalated even more about the “many” who had died because of the shots. After that, many who had signed up initially refused to take the vaccine.

Of course, none of the rumors were true. There were guys who experienced mild symptoms.One person lost consciousness for a few moments, but that was due to his phobia with syringes rather than any adverse reactions from the vaccine.

The rumor mill, however, churned at warp speed. Some of it was fueled by the custody staff.

“Hey MaQbool, I heard you got the poison shot,” quipped one of the officers

“Hey, man I feel great. I feel like I’m Superman,” I replied with a wide grin.

“Yeah, wait til you get a tail coming out,” he said as other officers and some of my fellow prisoners laughed loudly.

The reasons for vaccine hesitancy are as diverse and nuanced as the prison crowd. Among the prison population, the Black prisoners were inherently mistrustful because of experimental treatments in history such as the “Tuskegee Study of Untreated Syphilis in the Negro Male” conducted on 600 Black men from 1932 to 1972.

In contrast, the officers expressed reluctance because they didn’t trust the government or agencies like the World Health Organization.

What both sides have in common is that they are suspicious of the liberal use of the Emergency Use Authorization to approve the vaccinations. They questioned the fast paced development and approval process compared to the years long process in normal times. Both sides also didn’t trust the assurances by the CDC and state and local health officials.

It hasn’t helped that the media has presented a mixed message. In addition to the concerns reported about the AstraZeneca and Johnson & Johnson vaccines, politicians have taken divergent stances, and the federal and state authorities often seem like they’re making decisions on the fly.

At NJSP, there has not been enough education about the vaccine and vaccination process. In a recent prisoner representative meeting, which we refer to as a Tier-Rep meeting,  the medical staff talked about the benefits of getting vaccinated. Yet, they were at odds with the almost daily barrage of anti-vaccination comments made  by the custody staff. In some cases, the medical staff included members who had not taken the vaccine and had openly shared their own aversion to the shots.